A Remarkable Feat for John Lowden 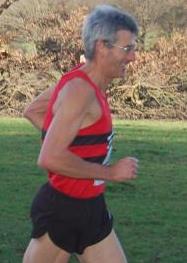 John Lowden was honoured, for an extraordinary record, at the Sussex Road Running Grand Prix awards.

Awards are presented for runners who have completed at least eight road races in Sussex in a year ranging in distance from 5k to 15 miles.

Lowden has won his age group for 15 years in succession from the age of 45-59. He is also the reigning UK Cross country champion in his age group.

So what is the secret of his success? Bowden says he trains as hard as possible every day , rests when he is tired and gets physio when injured.

He does not take vitamins, gels, supplements or sports drinks. He is not a member of a gym. He does eat healthily which, consuming up to ten portions of fruit and vegetables a day.

Any vices? Bowden enjoys a glass of red wine.