Brighton & Hove AC has a long and rich history with many athletes competing for Great Britain at Olympic, World and European levels and internationally for England. We have had English Schools champions and English and County champions on the track, road and cross-country. Enjoy finding out about some of our greats below.

Ovett first attracted international notice when he won the 800-metre race at the 1973 European junior championships in Duisburg, West Germany. He finished fifth in the 800 metres at the 1976 Olympics in Montreal. He first competed against Coe in Prague in 1978, beating him but finishing second in the 800-metre race; in that same year he set a world record of 8 min 13.51 sec in the two-mile run. His first-place victory over Coe in the 800-metre run at the 1980 Olympics in Moscow came as a surprise; equally surprising, since Ovett had been undefeated in the 1,500-metre race in three years, was his third-place finish in that event at the same Olympics.

The British press encouraged the rivalry between the gregarious Ovett, who feuded with the press, and the more reserved Coe, although in their best years the two seldom raced against each other. The one-mile world record (3 min 48.8 sec) that Ovett had set in 1980 was bested by Coe on August 19, 1981; on August 26 Ovett set another world record by running the mile in 3 min 48.4 sec, only to have Coe defeat that record (by 1.07 sec) two days later. In 1983, a week after his world record in the 1,500 metres had been broken, Ovett mustered a strong finish to set a new world record of 3 min 30.77 sec. Illness forced him to drop out of the final 1,500-metre run at the 1984 Olympics in Los Angeles. 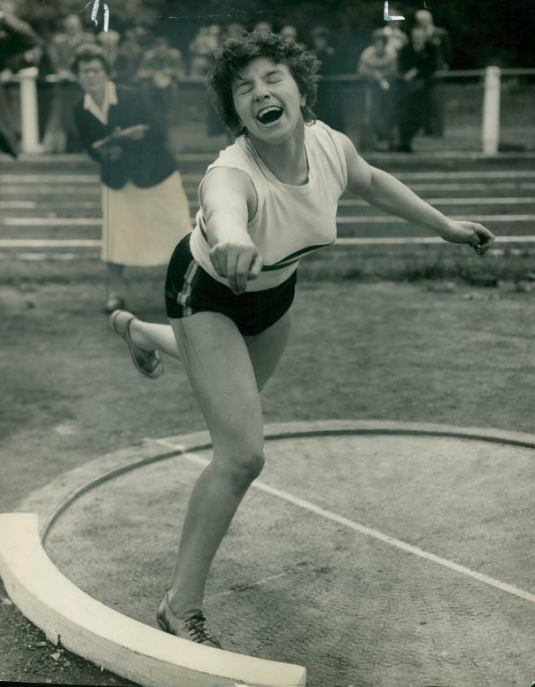 As Suzanne Farmer, a member of the then Brighton Ladies Athletic Club, she won the English Schools intermediate discus title in 1950 and retained the title in 1951 at the start of a most impressive international athletics career.

Allday competed in 35 internationals for Great Britain and England in both Shot and Discus including three Olympic Games in 1952, 1960 and 1964, the European Games of 1958 and 1962 and the Commonwealth Games of 1954, 1958 and 1962 and for many years she was the most decorated British women athlete.

She virtually dominated Discus and Shot events in the fifties and sixties including breaking the British Discus record ten times and the Shot record eight times.

She is also the Sussex athlete with the most international appearances to their name.

As her children grew up, one boy and one girl, she came out of retirement and was highly successful for the Brighton & Hove team in their Southern Women’s League team. 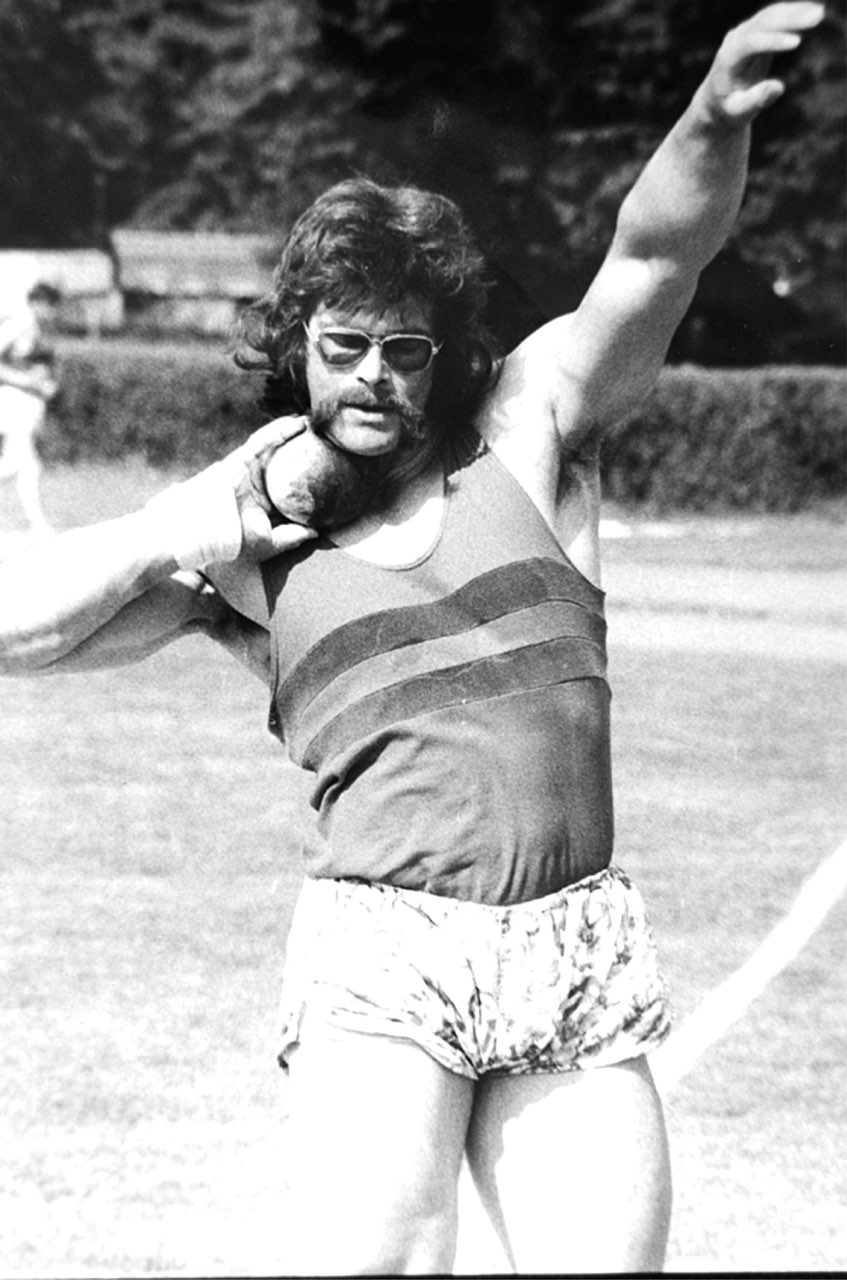 He was chief British throws coach at the World Championships in Gothenburg 1991, chief throws coach to the England team in Kuala Lumpur 1998 and overall chief coach of England's athletics team at the 2002 Manchester Commonwealth Games.

The Running Policeman - Chris Carter (born 25 December 1942) was a leading Brighton & Hove AC, England and Great Britain middle-distance runner. He competed in the 800 metres at the 1964 Summer Olympics in Tokyo and the 1968 Olympics in Mexico City.

After retiring from the track Chris, alongside his wife Elaine, was a key committee member of Brighton & Hove AC and a driving force in steering the club to success through the latter half of the 20th century and into the 21st. He is a former President of the club, father to coach and junior international Richard Carter and grandfather of hammer thrower Emma Carter.

Chris was chairman of the Amateur Athletics Association from 2008-2017.

Born in Brighton on 18th February 1925, Roy - a Brighton & Hove AC athlete - was a long jumper who represented Great Britain in the 1956 Summer Olympics in Melbourne where he finished ninth.

Roy represented England in the long jump at the 1958 British Empire and Commonwealth Games, where he came fifth overall.

He had a personal best of 7.59m, a Sussex record - which stood for almost 60 years until another Brighton & Hove athlete - Tom French - improved it by one centimetre in 2016.