Getting involved in athletics 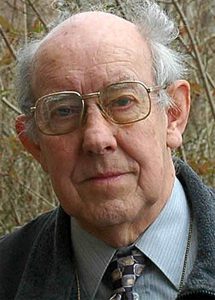 I was born into athletics, because my father was secretary of Brighton County Harriers when I arrived in 1934, and he was deeply involved in the sport though of course during the war years, less athletics took place.

Our house in Ashford Road was the HQ of the club so when they went for training sessions, they would come up to our house, and if they went for a cross country run, then we would get the old tin bath out the back and they’d go for their run over Hollingbury and they’d come back and have a bath in the scullery. So I knew all these athletes from a very early age.

During the war years and the 1940’s the club was a single sex club, and it was an all round club, it did cross country and track as well as race walking. It wasn’t a highly successful club.

On the track Worthing were usually much stronger and over the country Horsham at that stage usually got the better of our battles.

But as far as Sussex Senior cross country championships were concerned, it was virtually either Horsham or Brighton County Harriers who won the Sussex Senior Title up to, well into the 1990’s.

Horsham would have a spell when they might win five or six titles in a session and then Brighton would have a stronger team and they would win the title.

Hove A.C. were originally Shoreham Cycling and Athletic Club and based out at Buckingham Park. They then became Southdown AC.

When the club moved out of Hove in 1955 Southdown moved in and changed their name to Hove AC. They were still a much smaller club.

In those days runners did a training run on a Wednesday afternoon, Wednesday evening, and a race on Saturday, until Pirie and et al came along, so that was the pattern of most athletes.

When Withdean Track opened in 1955 they would sometimes come there on a Tuesday and a Thursday and if they were technical athletes, they would frequently come there on a Sunday morning and train, so it became a little more serious then.

By that time of course Hugh Foord was training every day. It was mainly the pattern of the time.

Before Withdean we were at Hove Stadium, the Greyhound stadium, where there was a cinder track, a very loose, terrible cinder track which I think is probably still there. It was 423 yards so when you had the mile run, you would start at the beginning of the home straight, then you would have to pace out 17 yards to give them their times each lap. That was the first cinder track to be built in Sussex.

Elsewhere they were all grass tracks.  Bognor had a grass track, Horsham had a grass track in Horsham park. There was a grass track which was laid out for a special meeting every year at Partridge Green which is now the Cricket Ground and over there when the runners were over the back straight you could only see the top half of them. There were many races like this.

We used to run at Victoria Park, Haywards Heath, the Sussex Police Meeting, all handicaps of course, but I don’t remember what sort of lap they had there.

Preston Park was the main track before Hove was built. That was three-laps to the mile and that was a very fast grass track. It was thought to be one of the fastest grass tracks in the country.

Back in 1926, it held an international match between England and France, at Preston Park where a local runner beat the much more fancied Frenchman and won the 5000m.

Some names from the past

Of course another person who was competing in quite a lot of these matches was a chap called Dickie Webb, who was probably better known to most people as a track judge.

He was a very fine sprinter and his best would have been during the war years, in the sprint squad for the 1940 Olympics with the likes of Sandy Duncan, who became a top national coach and he was a teacher at Eastbourne, Eastbourne College.

But before the war the AAA matches were equivalent to the England matches that you have today. So it was a good step up to the full Great Britain team or the Olympic team.

Dickie Webb was a fine sprinter, in fact his 200m record, was done over 220 yards, stood until recently and of course he became a top British track judge and referee, and refereed a lot of the big matches up at the White City and then later at Crystal Palace. He was Headmaster at Bevendean School.

Successful names from the past and their coaches

Chris Carter was one of the best known athletes and he was coached by John Le Masurier.

I don’t know who coached Roy Cruttenden or if was ever coached. He was a local boy, his father was very prominent in the Brighton and Hove Cricket Club and Roy was a particularly good cricket player as well. He lived near Preston Park and went to Varndean Grammar School.

Mike Winch was coached by his teacher up at Varndean, but there was also a chap named Will Bartholomew who came from Lewes, who  was a good shot put thrower and discus thrower.

You would get athletes like Adrian Diffey who was a very good javelin thrower and later John Trower who is now one of the national coaches.

John went to school at Barcombe and then Chailey, I believe. He became an international as well. He came to Brighton like a lot of athletes all over Sussex, gravitated to Brighton and Hove, because they became one of the major clubs in the country and they were a founder member of the British League.

The merger in 1966 between Hove and Brighton Athletic Club had quite a lot of opposition within both clubs. The rivalry was stronger between Brighton and Hove in those days, and it was again Vic Brackley, who was involved in the 1951 merger and I was involved in the 1966 merger with Vic and Mike Langmaid, who was the prime mover from Hove.

It came about because Hove became such a dreadful track, the Hove athletes were coming over to Brighton to train and after a couple of years they thought, its balmy, we train together, we go away to meetings together but separately. It would make sense to merge.

The majority were fully in favour in the merger. We changed colours completely because Brighton had a blue vest with a yellow band, Hove had a white vest with a green trim and a green badge so we changed to a red vest with a black band. So that worked fairly well.

The name wasn’t a problem. There were more problems with the 1951 merger when the club adopted the colours of the Walking club. That caused a little bit of friction really, absolute nonsense.

It doesn’t matter what vest you wear, it really doesn’t, if it’s for athletes, it doesn’t matter. And whether there will ever be a merger between Brighton and Phoenix I don’t know but I am still utterly convinced it would be better for the athletes in the city of Brighton & Hove if there was a merger.

For general enquiries about the club, please get in touch with Bob Willows