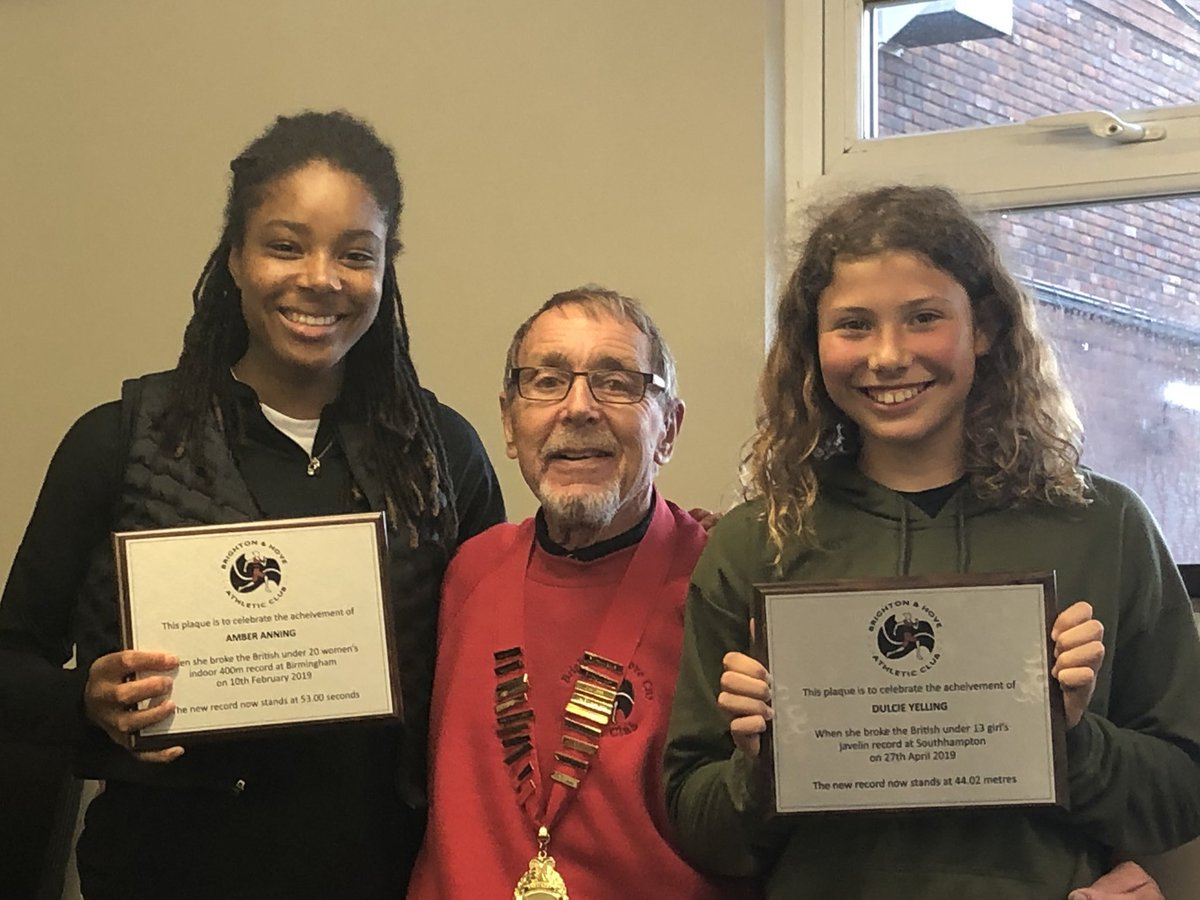 Two of our club record breakers were honoured, with plaques, at the Winter Awards presentation at the clubhouse last night.

In February 18-year-old Amber Anning broke the 50-year-old British Junior 400m indoors record, when she ran 53 seconds dead for a silver medal at the British Championships. This achievement also secured her a GB senior vest at the European Indoor championships in March, where she won a silver medal in the 4x400m relay. Amber, who holds age group records also for 300m (u15) and triple jump (age 13) was also honoured with Life Membership.

In April Javelin Thrower Dulcie Yelling smashed the British under-13 record with a massive throw of 44.02m. Dulcie has consistently thrown over 40m since this throw and in this form the plaque may have to be updated before the season ends!

The young athletes are pictured with club President Graham Ashdown.

A full list of the athletes celebrated at the awards will be published shortly.