U13’s storm to a win at home League match 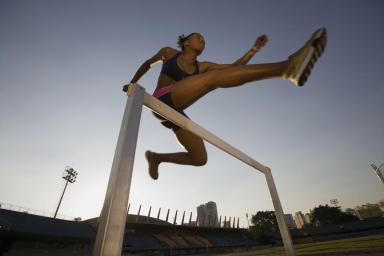 On Friday the 14th June over 45 Brighton and Hove AC under 13 athletes competed in the second  Sussex league match (East division) on home ground.

As such we had a strong team out, which led to a resounding victory with 149 points in total, some  58 points clear of the Brighton Phoenix.

We had many wins and some notable performances. Frankie and Harriet both went over four metres in the long jump, with Frankie jumping 4.50m which sees her go straight to the top of the Sussex U13G rankings this year.

Meanwhile, Tom won the 1000m in 3:13.6, a good 15 metres in front of the second placed runner. A first year in the age group he is now second in the county rankings.

The track did not disappoint either. We had ‘A’ and ‘B’ string wins in hurdles with Max and Rhys both getting big PB’s and going under 14 seconds for the first time this year.

The future at Brighton looks bright. The team had been released for Sunday’s YDL and is looking strong.