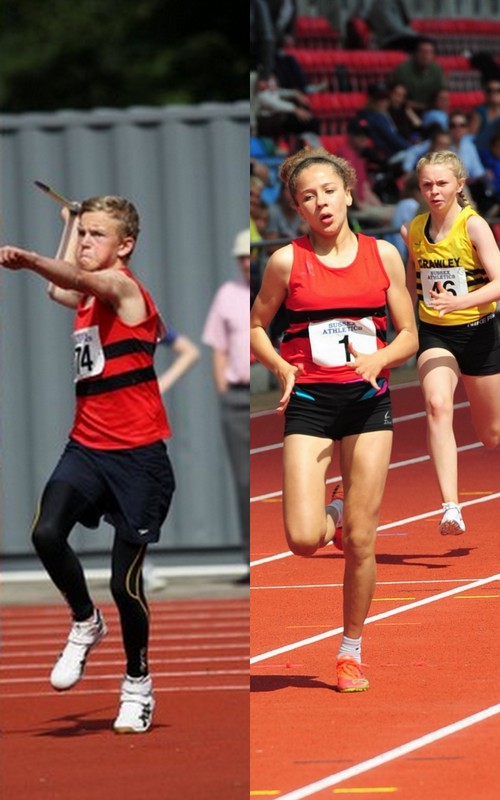 It may have been rather overcast and a slight chill in the wind but there was plenty of sunshine coming from the youngsters at the final of the Sussex under 13 League final at K2 last Sunday.

In a neck and neck battle all afternoon Crawley -the winners of the West League- totalled 401 points to hold off Brighton & Hove – the winners of the East League – who scored 395.5 points with Horsham Blue Star and Chichester in joint third place with 344. Worthing took the Plate award with 258 points.

There were a couple of near misses as far as records were concerned. In the javelin throw Brighton & Hove’s Luke Twigger got within half of a metre of the record with a personal best throw of 39.44m.

Ruby Anning (Brighton & Hove) who had set a new 150m record earlier in the season completed a sprint double by taking the 75m in 10.4s and the 150m in, an almost leisurely for her, of 20.7s. In her last U13 competition Ruby was presented with a sepecial medal to commemorate her record.