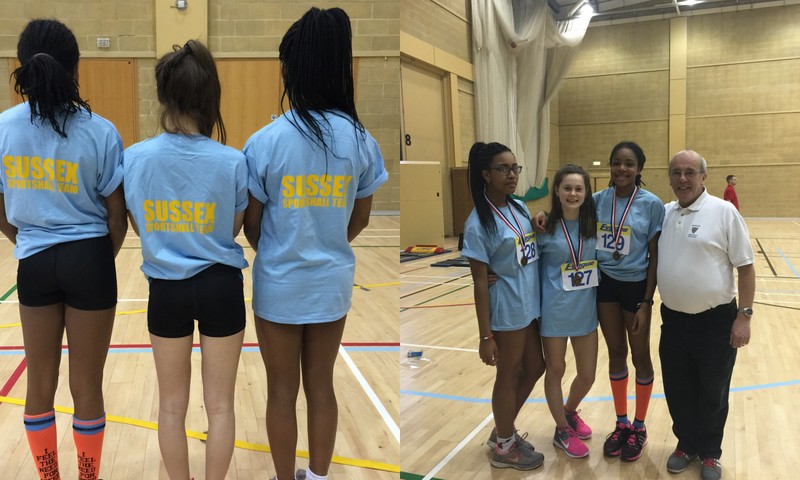 Brighton & Hove Athletes came away with bronze team medals from the South East Regional Sportshall Finals at Burgess Hill last Sunday. Both the U15 Girls and the U13 Boys Sussex teams placed third, the latter missing silver by just one point. It was the best performance by the county for several years in this annual competition which brings together the best young Sportshall athletes from seven counties across the region.

For the U13 boys Alex Dyball came second in the shot with 9.75m and Finn Halloren was third in the Speed Bounce with 86.

In the U15 Girls competition 47 athletes were competing in three events in the Individual All-Rounder event. Amber Anning finished third overall after winning the 4-Lap race, coming second in the Vertical Jump with 67cms and placing seventh in the shot put. Georgia Coleshill was equal 23rd, part of a three way tie for first place in the Speed Bounce with 86 and also competing in the Standing Long Jump and 2-Lap Sprint and Jedida Dougnaglo was 27th after her three events – the Vertical Jump, Shot and 2-Lap race.

U13 Anna Dornbusch had also been selected for the Sussex team but was unable to compete.