Solid second for YDL team at Bournemouth and relay record. 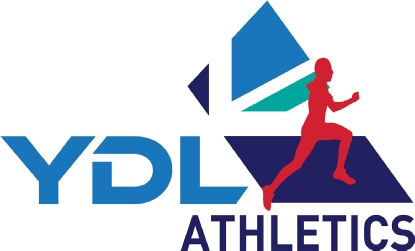 The weather In Bournemouth was one of four seasons in a day for the Brighton Upper YDL team. The squad, however, was on fire, and nothing could dampen their spirits.

Although athletes were missing and there were too many gaps to fill, we secured second place, just 13 points behind the winners.

We welcomed some new athletes, and Bee, Conal, Dante, Ethan, Jack, Harry, Tom A and Ursula performed outstandingly. Bee rose straight to the top of the Sussex 80m hurdles rankings with 12.4 clocking.

Our Jumpers were in fine form. The U20 men’s High Jumpers came top three and showed our depth;  non-scoring Tom W came out first on countback with a fine 1.80m, matched by Torin with Tom R jumping 1.75m. Max in the U17 event showed his form with a lea of 1.60m and a Long Jump personal best of 4.96m. Massi had a wind-assisted Long Jump best of 6.59m. Amber Purcell and Tom A scored top points in the Triple Jump.

All of our athletes were so busy that we accidentally found some multi eventers in Jess and Matt. Jess achieved personal bests in the High Jump, Hurdles and Javelin. Matt’s successes included a 10.90m PB in the Shot.

Freya was a double winner in the Hammer and Discus. Other, as yet unmentioned, double winners included Fionn and B strings Ciara and Kit, showing our depth in middle distance/endurance events.

One of the day’s best performances came from Eadie, who took 10 seconds off her 1500m steeplechase time in 5:13.0. It is an English Schools’ entry standard and currently puts her inside the top 10 of the Under 20 rankings.

The second performance of the day came from the U20 women’s 4 x 400 team made up of two sets of sisters – twins Emily and Ciara Muzio and Dulcie and Eadie. They won convincingly with very even splits, in a time of 4:12.4.