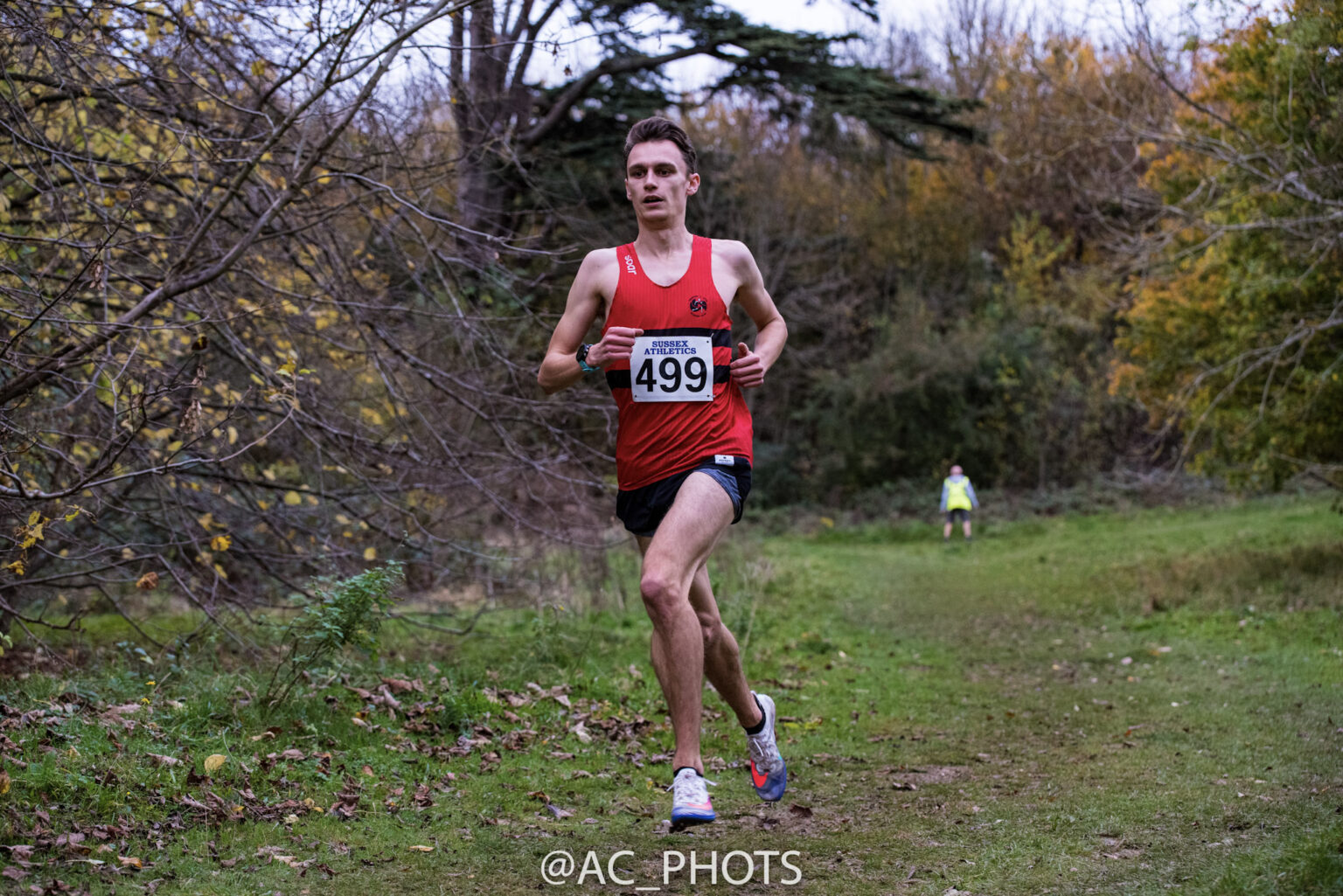 Record numbers turned out in force to compete at the second Sussex Cross Country League fixture at Stanmer Park in Brighton.

Just under 800 athletes entered the event, with 208 completing the men’s 8K and 175 in the women’s race. With brilliant weather conditions and a jubilant atmosphere, the event was a huge success.

Earlier in the day, the races had kicked off with the Under 11 girls where Brighton and Hove AC’s Seren Rowe came second. Clubmate Taylor Thom-Watts won the boys’ race.

This was followed by the Under 13 contests. As the 13 girls embarked on the final stages of their race, it was all to run for, but it was Brighton & Hove’s Julieana Walsh who had the sprint finish taking first place.

It was an internal battle between Brighton and Hove AC in the Under 13 boys’ race with only one second splitting the top three. Saul Bennett in first with the same time as George Gilbert second, then Raphael Kelly third, just one second behind.

In the Under 15 boys’ race, Jude Clayton came in second by a clear 22-second margin from Finlay Goodman, also Brighton and Hove AC.

Thank you to the Brighton & Hove AC team, with support from Arena 80 and Worthing for organising a brilliant second league fixture. The only dampener was those who parked illegally on the road as you enter the park blocking access for buses. We must stress this could jeopardise our licence to hold events so in future please avoid this. Free parking was provided for this event at The Bridge car park.