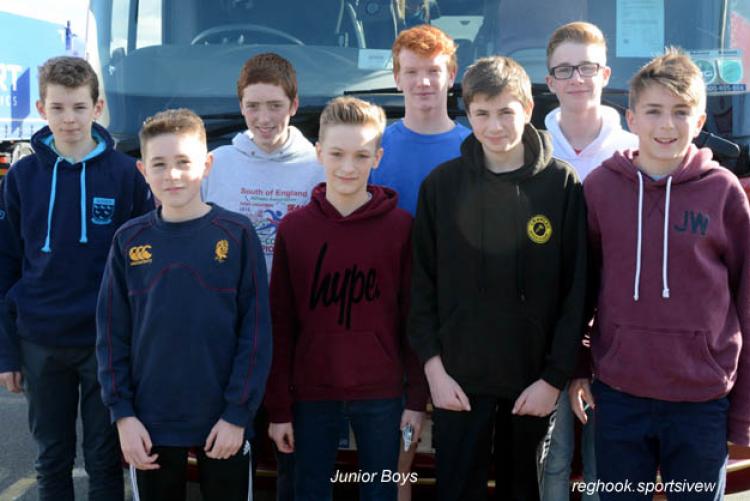 Max Brazier was part of the Sussex Schools junior boy’s team who turned up trumps at the England Schools Cross Country championships at Wollaton Park, Nottingham when they finished a splendid second in the team event.

Conditions underfoot were pretty good and, apart from a couple of brief hail showers condition were generally fine.

Overall it was a disappointing championship for Sussex but the Junior Boys certainly did the business placing a marvellous and unexpected second to Surrey scoring 294 points to the winners 187 with Cheshire in third place with 301.

Joe Smith (Oakmeeds), who had won the South East Inter-counties at Bexhill last month, led the challenge with a splendid 12th place out of a field of four hundred plus runners beating County Schools champion George Poole (Eastbourne Coll), who also had a fine run to finish in 26th place which was a good effort.

Leo Brewer (Brighton College) also squeezed inside the Top Fifty placing 43rd and the scoring six all finished in the Top One hundred, which is a pretty good at this event, with Ethan Fincham (Angmering) 54th, Joseph Martin (Ardingly) 59th and Max Brazier (Patcham) 100th.

The only other Sussex runner to make the top twenty five in any of the six races was Stephen Ferroni (BACA), in the Senior (U19) race, who it was hoped would challenge for a medal. He confessed to “having an awful race” finishing in 24th place and leading his team into 17th team spot out of the 44 competing counties.

In this age group Jack Leitch (BHASVIC) and Brodie Denholm (Brighton College) squeezed inside the Top one hundred placings 95th and 97th respectively.