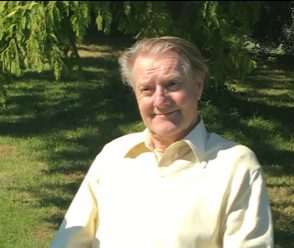 We are saddened to learn of the death of Iain Wilson, a former Brighton and Hove AC club member. Iain competed for us from 1966 to 1972.

He and wife Judy had moved to Plumpton Green from Leicestershire and before that from Glasgow, where he ran for Bellahouston Harriers.

While at Brighton, Iain was Team Captain and his family travelled across England to support the club at premier National and British League matches. Judy recalls, “Our three wee daughters and I were always at the meetings. It was a very enjoyable family time”. Iain competed with Chris Carter among others. Judy said, “He loved running, mostly 400m and 800m, but he’d do anything to get a point for the team. 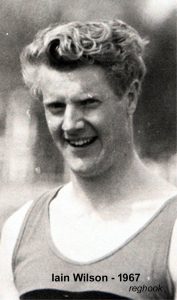 His teammate Alan Buchanan confirmed this, “Iain, as club captain, was an integral part of our team success, doubling up in the relay. He was a great club man at a time when we had many top-class athletes”.

Iain is also remembered for his entrepreneurial spirit. Chris Carter recalled that in the early 70s, he would bring vegetables from his market garden business to sell at Withdean home matches, “always doing a great trade with hungry BAL athletes and their families”. Roy Taylor added, ” Not only was he the supplier of very nice tomatoes, but Iain had personal bests of 50.1 and 1:51.9 which definitely helped the team!”.

Iain died on 15th January 2021. We send our sincere condolences to Judy, and her daughters’ Diane, Sharon and Moira and to Iain’s three grandchildren.