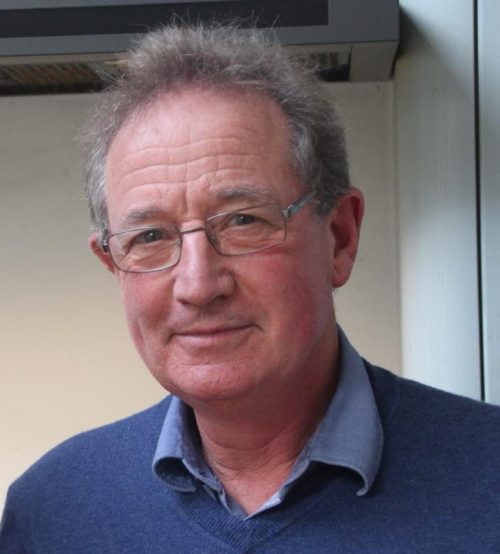 Brighton and Hove AC is mourning Graham Ingram, 73, who has died after a short illness. Graham was a much loved and respected club official, and a supporter of B&H for 35 years.

A keen athlete in his youth, Graham’s love of track and field reignited when he brought his daughter Annabelle (Anni) to Withdean Stadium in 1985. Anni’s success at county and national level both on the track and in cross country was a source of great pride for him. She went to the English Schools’ Track and Field or Cross Country Championships every year from 1988 to 1994. She was a multiple finalist over 800m and bagged a silver medal in that event as an inter-girl in 1992, followed up by a silver at the home countries international. Graham was delighted when, two years later, son Dave, also a county and Sussex Schools’ champion in the pole vault, joined Anni on the coach to the ESAA Champs at Telford.

A timber salesman by day, in his free time Graham threw his energies into the club. In the 1990s, he managed the ladies team, and alongside wife Teresa, compiled The Pacemaker club magazine for several years. It was a labour of love, hand-typed and edited to perfection. Dave Ingram said:

“Dad always loved athletics and B&H AC, but he was mainly an enormous supporter of his children. He drove thousands of miles across the country to get to meetings, in addition to the week in, week out trips to training for years, no matter what the weather was doing. Even when we no longer needed his taxi service, he’d usually be there to watch or officiate”.

When Anni stopped competing, and Dave focussed on coaching, Graham retained his strong connection with the club. An experienced field official, he was always willing to support B&H competitions whenever and wherever possible. Graham loved seeing young athletes doing their best, and he always had a kind word of encouragement for everyone.

In recent years he refused to allow a few minor operations get in his way. Despite some discomfort, last Autumn Graham was ever-present at the few Sussex competitions which took place in COVID secure conditions in September and October.

Brighton & Hove AC Club Secretary Bob Willows said: “Graham was a lovely man, and he gave so much to our club. It’s incredibly sad news to learn of his death. We’ll all miss him greatly”.

Based in Bramber since the 1970s Graham would have been celebrating 49 years of marriage to Teresa in April. He was a proud father and even prouder grandfather. Everyone at Brighton and Hove AC sends heartfelt condolences to Teresa, to Graham’s four children Anni, Caz, Dave and Pete, and to his nine grandchildren, Rafferty, Zara, Oscar, Heidi and Jemima, Barnaby, Amelie, Nikki and Maggie.

Graham will be remembered for his wonderful sense of humour, his kindness, his interest in all athletes, his willingness to support and share, and for having the brightest smile.

The family has asked for donations in Graham’s memory to be sent to Brighton & Hove AC to support Junior athletics. Please contact Judith Carder for more details judith.carder@brightonandhoveac.com