It was medals galore at Glorious Goodwood, where we came away with two team titles, 21 team medals, and a record 48 of our youngsters competed.

The first team title came in the Under 13 girls relay with Juliana C in 11mins 2secs coming in third on the first leg and with Gracie 11mins 43secs taking the team into first place. Seren 10mins 59secs held onto the lead and her time was the fourth fastest on the day. There was great backup with the B-team. Mia P 11mins 42secs, Kira 12mins 4secs and Evie 12mins 53secs in her first race since breaking her arm in July came eighth, and the C-team of Elodie 12mins 13secs, Mia D 13mins 18secs and Alex 13mins 33secs came 11th.

In the Under 13 boys relay, the team of Elliott 10mins 41secs, Taylor 10mins 26secs and Louis 10mins 42secs came away with an excellent team silver, and all three boys have another year in the age group. Taylor also ran the fourth-fastest leg on the day. Well done also to Joaquin 10mins 55secs and Jude 12mins 15secs who competed in an incomplete team.

The second team title came in the Under 15 boys relay with Saul 9mins 28secs, Alex 9mins 53secs, and Tom M 9mins 31secs led from start to finish. Showing the depth in this age group, the B team of Sonny 9mins 59secs, Freddie M 10mins 10secs and Lewis 10mins 10secs came away with the bronze medals. Well done again to Raphael, 10mins 11secs, in his first race since March and Sam, 11mins 13secs, who ran in an incomplete team Saul ran the third fastest time, just three seconds behind the quickest leg.

In the Under 15 girls relay, Lara started with 11mins 28secs, handing over to Julieana who finished with a sprained ankle in 10mins 36secs, but whose time was also the fourth fastest leg and Eleni 10mins 59secs. The team came fifth and were just 20 seconds off third place. Again, great backup with the B-team with Angelina at 11mins 31secs, Leily 12mins 28secs and Naomi 12mins 25secs, who came 10th, and the C-team of Isla 12mins 37secs, Merle 13mins 2secs and Imogen 12mins 52secs who were 13th.

The Under 17 Men’s race is over a longer distance. Jude clocked 13mins 37secs, Charlie in his first race for the club ran 13mins 26secs, and Rowan finished in 13mins 44secs. The team  came away with the bronze medals, and they were only 15 seconds behind the victors. The B-team of Rory 14mins 12secs, Ruben Di Carlo 14mins 43secs and Reuben Whitefield 14mins 37secs came sixth and were the first B-team. Well done to Freddie-Ray, 15mins 11secs, and Reuben Omran 16mins 34secs who ran in an incomplete team.

In the Under 17 women’s competition, there was an excellent turnout with all nine of our team competing. Out of the six teams that finished, three were Brighton and Hove! The A-team of Rosie, 15mins 25secs, Dulcie 15mins 43secs and Nicole, 17mins 46secs, came away with the silver medals and the B-team of Xanthe, 16mins 33secs, Marnie 17mins 23secs and Macy, 16mins 25secs won bronze. The C-team was led by Tilly, who was making a welcome return to racing in 17mins 58secs, Eva 17mins 25secs and Mae 18mins 4secs, came sixth. Well done to Rosie, who ran the second fastest leg, just three seconds off the winner and Dulcie, who was third fastest.

Excellent performances all round. Roll on the first league meeting back at Goodwood.

We had many fantastic results across the following age groups also:

A selection of photos taken by Jem Kelly, Sarah Yelling and others. 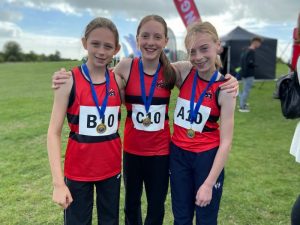 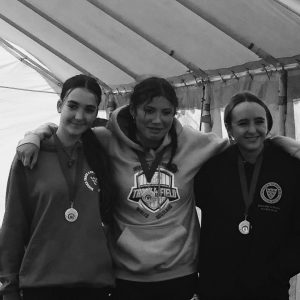 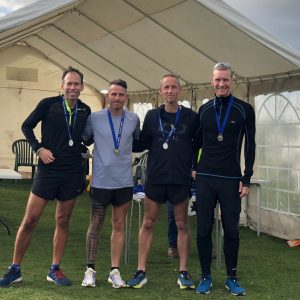 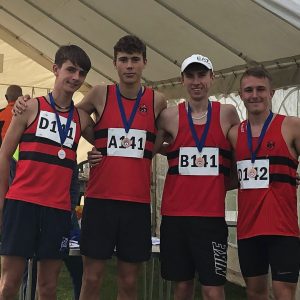 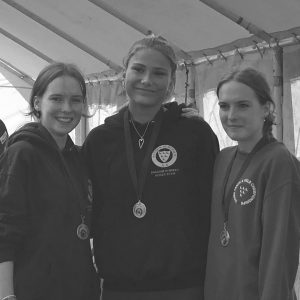 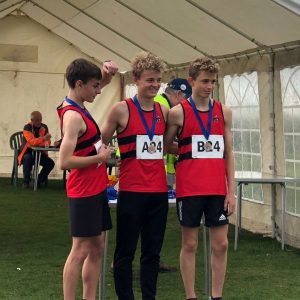 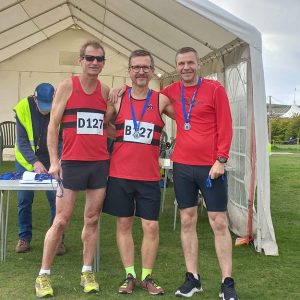