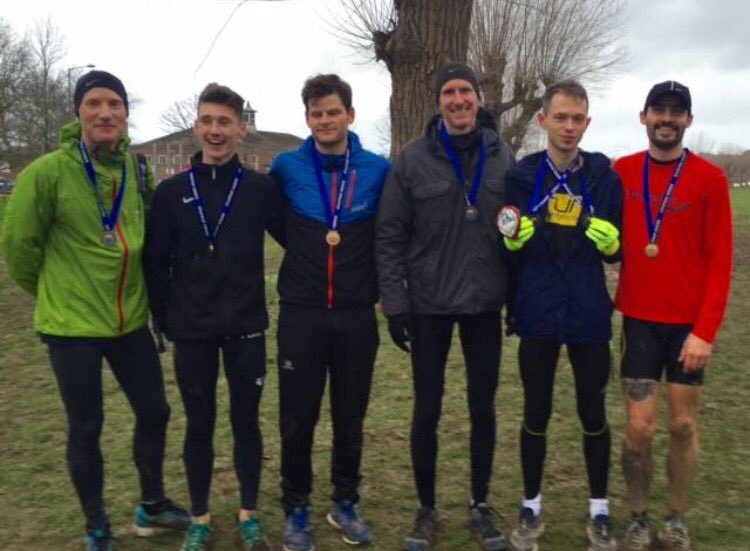 In cool and muddy conditions at Bexhill, Under 20 athlete Stephen Ferroni ran to an emphatic victory in the Sussex Cross Country Champiosnhips. Ferroni beat second placed Billy White (Phoenix) by two minutes and twenty seven seconds clocking 29:20 to 31:47. In the women’s U20 race Martha Coyle was third in 26:22, as was Max Dumbrell in the Senior Men’s competition.

For the Under 17 Men Brodie Denholm came away with silver behind Eastbourne’s Dan Stidder who clocked 18:21 to Denholm’s 18:43. For the Under 15’s Tomer Tarragano clocked 15:49 for the bronze medal.

Olivia Monk had possibly her best race of the season with a fine fourth place in the U15 girls’ race.

The team results at Saturday’s County championships produced some tight battles; two were decided of the placing of the fourth scoring runner and there were victories for Brighton & Hove in both senior team events.

The senior women’s race completed the afternoon’s racing and again it was the Brighton & Hove team of Martha Coyle – 4th, Rachel Titheradge – 19th, Phoebe Connolly – 21st and Gill Bickle – 26th who snatched the team title in an even closer results as both Brighton & Hove and Hailsham scored 70 points but the Brighton team won as their fourth scoring running finished 26th against 29th for Hailsham with Lewes again third in 78 points. For the team event under 20s and seniors combine.

Full results are on the Sussex AA site.