Gold for Will at the U23 /20 National Champs 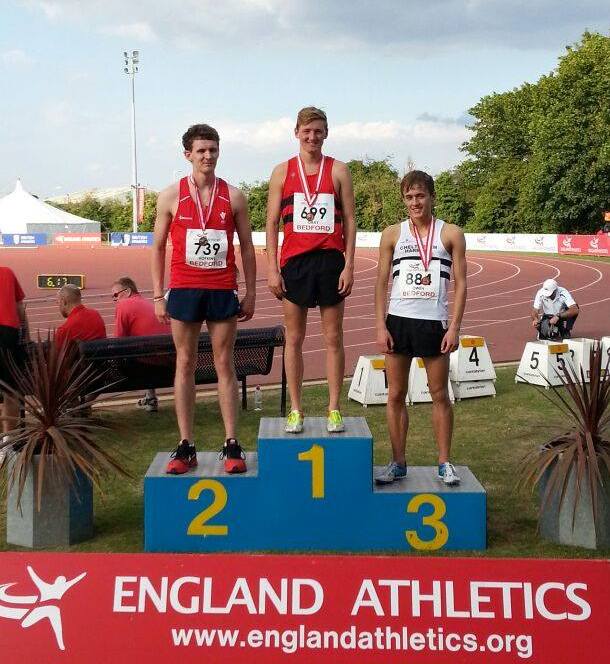 Following the regional championships last week, competition moved up a step for U20 and U23 athletes. This weekend was the National Championships including the World Championship trials. Brighton and Hove sent four athletes to this competition with mixed results.

Will Gray took pride of place winning gold in the 3000m SC – a very exciting race with the winning margin only fractions of a second – more familiar to sprinters than middle distance runners.

Running yet again into headwinds, Beth Close came close to her PB to come just outside the medals in 4th. This race won by an athlete heading to the World junior championship later in the year.

As a first year junior, Anna Short performed superbly to gain a pb in the 200 and was unlucky not to get a legal pb in the 100 as the wind was slightly over the legal limit.

Jack Valari competed in the triple jump and was suffering from the many commitments that studying at university demands but still managed well over 14 meters.

Well done to all these athletes – next week a further step up to the British Senior Champs at Birmingham.