Gold and Silver for Amber at European under-20 Champs 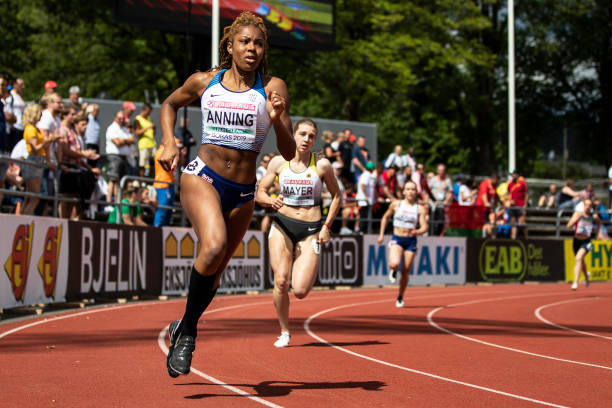 Brighton and Hove AC teenager Amber Anning has returned  from the European under-20 Championships in Boras, Sweden with a glorious gold and a superb silver medal.

Having navigated her way successfully through a 400m heat and semi on Thursday and Friday respectively, Saturday evening was the much anticipated final.

From lane five Anning ran a controlled yet swift 400m, changing her race strategy of running hard for 300m, to preserve energy for the home straight. She surged twenty metres from the line to cross in a lifetime best of 52.18 seconds, behind neutral Russian athlete, Polina Miller. No British under-20 woman has run faster for 37 years.

The race had gone to form with Miller, the pre-race favourite, winning in a sparkling time of 51.72 but Anning, who was ranked second in Europe, ran the race of her life to secure the silver.  In the process she broke her own Sussex record for the fourth time this year and moves to number three on the British All-time under-20 list list behind Donna Hartley (51.77s) and Linsey MacDonald (51.16s).  (Earlier this year Anning broke the nearly 50-year-old British indoor under-20 Women’s 400m record). 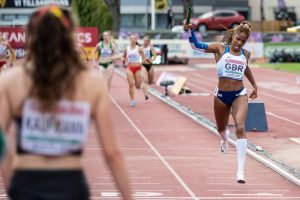 On Sunday night she returned to the track to anchor the 4x400m relay. At handover her team mates – Natasha Harrison, 800m champion Isobel Boffey and fellow 400m finalist, Louise Evans, had already established a solid  lead and Anning was under no pressure to do anything other than bring the baton safely home. In her standard, effortless style, she crossed the line in 3:33.03 which was briefly a World Junior lead. Amber’s split was another excellent sub-53 clocking of 52.5 seconds.

This was the last event featuring Great Britain and Northern Ireland athletes and it meant that Team GB finished the competition topping the medals table with six golds, three silvers and six bronzes.