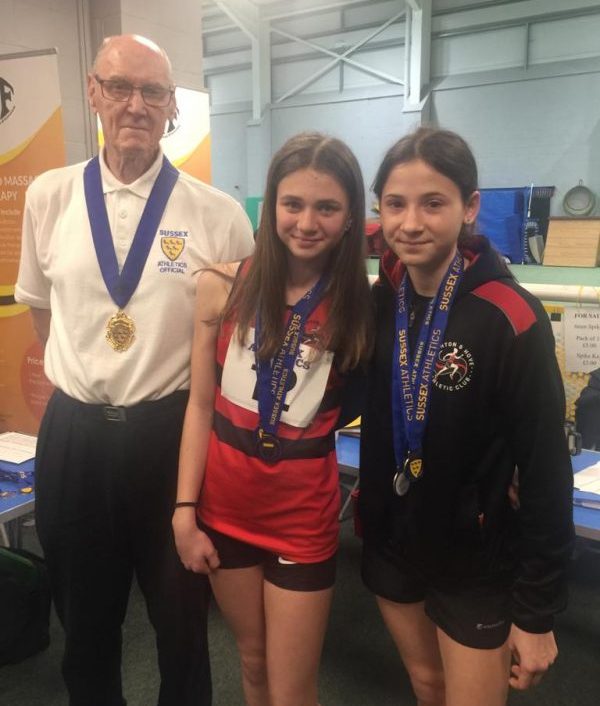 No less than eight records fell at the 2020 Sussex Indoor Championships, with four of them going to Brighton and Hove AC athletes.

Under 13s Stella Kalman and Elodie Bradley (pictured) both set Championship Best Performances (CBPs) and took home four medals between them. Bradley won the 60m in an excellent 8.25 seconds, a time which ranks her fifth in the UK. Kalman came second in 8.57s.

In the Long Jump Kalman set a CBP of 4.59m, for sixth place in the UK rankings, and Bradley took bronze with a leap of 4.29m.

In the under 15 girls 60m there were three exciting rounds of competition and here Brighton’s Sophie Wilkinson triumphed, setting a PB of 8.19s ahead of clubmate Amber Purcell who dead heated for silver with Horsham’s Madeleine Way. After lengthy deliberations by the photo finish team, both were given the time of 8.22s. Wilkinson later returned to take the 60m hurdles crown, with her first sub-10 seconds clocking and second PB of the day – 9.90s.

Purcell won the Long Jump by 34 centimetres with a PB of 5.04m. Then, competing an age group above, also topped the podium in the under 17 women’s Triple Jump, with a jump of 10.98m. U17 Scarlet Margaroli claimed bronze in this with 10.36m.

There were two more CBPs in the under 17 men’s competition with Brighton’s Seb Wallace running 8.39s in the 60m hurdles, after a silver medal in the 60m, and Massi Campbell Triple Jumping out to 13.02m.

Arthur Haines was the sole competitor and gold medallist in the U17 Long jump with a fine leap of 6.21m.

In the U20M High Jump Tom Ridley was also the sole entrant and was just one centimetre below his best in the High Jump with a 1.90m clearance. Leo Walker won Shot gold with a put of 11.50m. 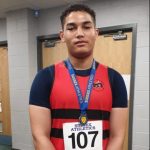 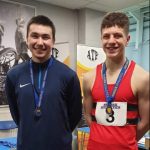 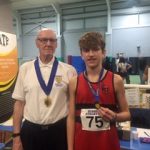 For Under 15 Fionn O’Murchu there was a gold in  Long jump, and silvers in the 60m hurdles and Shot Put. Kelsey Sutherland and Kirsty Nelson claimed silver and bronze in the under 20 women’s Triple Jump with 10.68m and 10.21m respectively.

Well done to all the athletes who defied Storm Ciara to make their way to the David Weir Leisure centre to compete.