Wins for Nancy and Thomas, League Titles and Medals Galore

The final cross country league meeting was held at a very muddy Bexhill and our youngsters finished in style with two individual winners and two league titles. Twenty athletes won medals – a great performance – and it showed the depth of the teams with 33 athletes competing in at least one fixture.

In the first race our U13 Girls maintained 3rd place. Over the four races we had seven girls who finished in the scoring three; Amber Anning, Jemima Edwards, Elie Fitzgerald, Olivia Monk, Florence Robinson, Jessica Courtney and Niamh Halloren. A special mention to Scarlett Miller who, in her first season, ran in all the meetings just missing out on a medal.

The U13 Boys team was led home by Thomas Eames, who won his first league race. They added the league title to their Sussex Relay and Sussex Championship victories. Again over the four races we had Thomas E with great support from Tomer Tarragano, Sam Wilkinson, Joshua Firsht, Finn Halloren and Tom Wright.

The U13 Boys B team also ran brilliantly to come from fourth to third place for the bronze team medal- much to the delight of Dominic Pay, Jamie Arnold and Max Brazier. 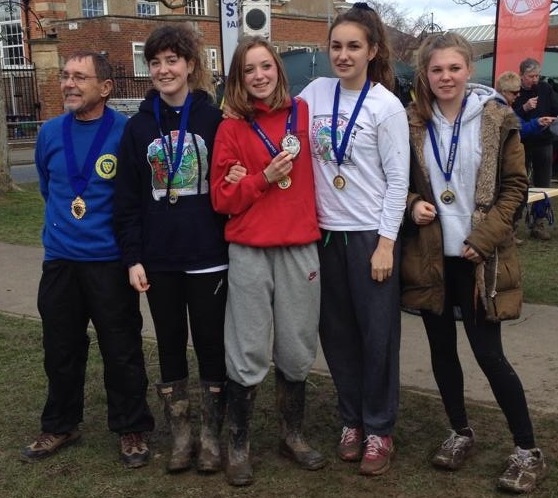 The U15 Girls won the league title with Nancy Jones, winning her second Brooks race this season. Ella Witt was the next B&H athlete home in all four races and Lizzie Doran was the third scorer in the first three races. However at Bexhill a determined Ruby Daniels had her best run to date to finish as third scorer and earn, along with the rest of the team, a well deserved gold medal.

To cap a great season Nancy Jones was equal first and Thomas Eames gained a bronze medal in the individual standings.

Well done to all the athletes who represented the club.