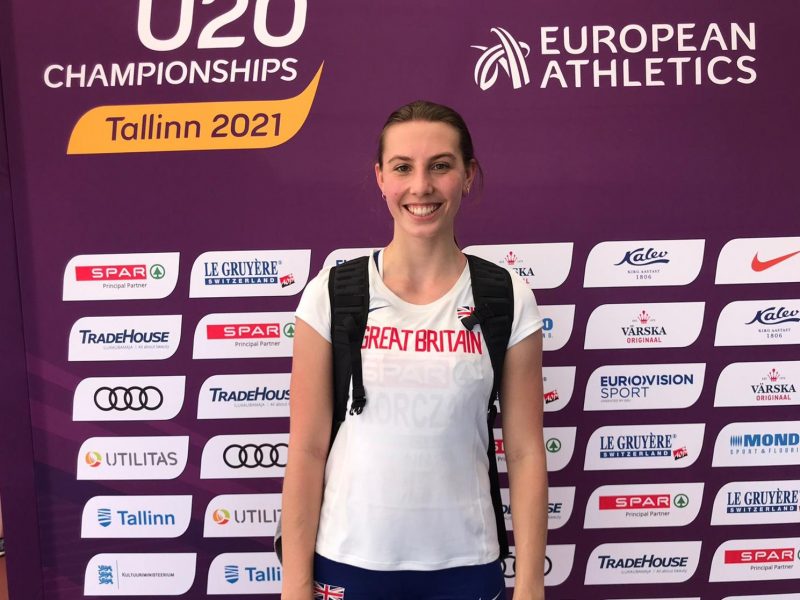 Competing at Tallin in the European U20 Championships in the javelin, Lizzie Korczak, made her debut in this standard of competition and was seventh in her qualifying pool, with a throw of 48.37m. Eleventh overall in qualifying, this was enough to take her through to the final on Sunday where she also finished eleventh with a throw of 48.08m, which was a great result.

The week before, Amber Anning was due to compete for Great Britain in the U23 European Championships over 200m and in the 4×4 relay. Sadly she picked up an injury the morning after arriving in Tallinn and was forced to withdraw from the competition.