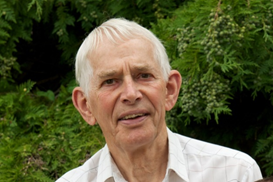 It is with great regret that we report the death of Brighton & Hove AC’s former President and longstanding Sussex AA official, Derek Wood, on Friday 31st May. He had recently been diagnosed with advanced renal cancer and his decline was rapid.

Derek, who was originally a Crawley middle distance runner, joined the Brighton & Hove Club when he moved south and his sons, Andy and Jonathan and daughter Judith all joined Brighton.

He was well known, throughout the County as a time keeper, at Cross Country and track events until poor eyesight forced him to retire from officiating. But this did not stop him helping out at the club and he was President of the Brighton Club from 2007 – 2014.  Derek was a lovely man. He was very committed to the club and played an important role in its development for many years.

His daughter Judith spoke of her father’s love for athletics and the, “big role the club played in Dad’s life.”

We send our condolences to Derek’s wife and family.