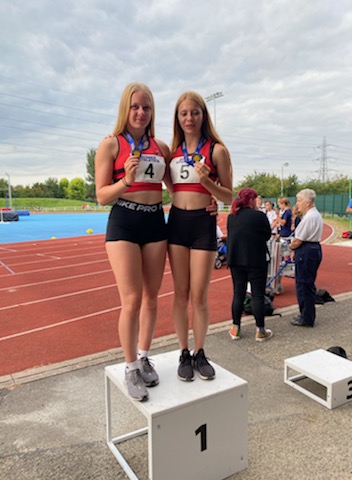 September 11-12th saw the final major Sussex County Championships competition of the 2021 Track and field season, with the Combined Events, Steeplechase and Walks events at the Sutton Arena.

Due to the pandemic the two-day competition, co-hosted with Surrey AA, was cancelled last year. Unsurprisingly, apart from the Under 13 girls, entry levels in the Combined Events were low, particularly in the younger age groups. However, Sussex saw a welcome resurgence in both the Walks and the Steeplechase events. 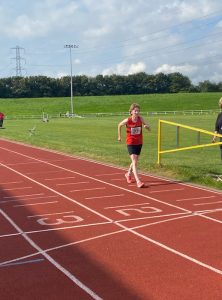 In between officiating Brighton veteran, Judith Carder managed to walk to gold in the senior women’s 3000m Walk Race

In the Under 13 girls Pentathlon, Kira Dunford was second with 1816 points. 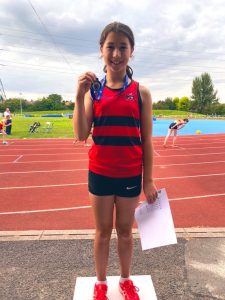 Lucy Kirby (3432 pts) comfortably won the three-way battle for gold in the Under 20 Women’s heptathlon. Keeping it in the family Brighton’s Libby Kirby scored 1696 in a solo U15 Girls competition. 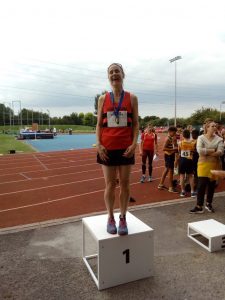 The Masters’ Pentathlon for Senior Women saw a World record (pending ratification) from W45 Diana Norma of Epsom & Ewell, with a phenomenal score of  4397. Di is the sister of Brighton’s Julia Machin, the W50 World record holder in the High Jump. Another Brighton athlete W45 Jo Wilding won the Sussex competition with a PB of 2970.

Our thanks to the Sussex and Surrey officials who supported the smooth-running event and made it all seem effortless.