Bronze for Rojas at British Champs 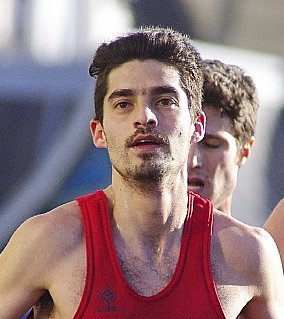 Kevin Rojas (Brighton & Hove) had an excellent race to take the bronze medal in the British Half-marathon championship which was incorporated into the Ikano Robin Hood Half-marathon race at Nottingham last weekend.

Rojas, who is off to Canada later this month to compete for Great Britain in the Toronto Marathon, actually placed fourth in the race behind the Kenyan Barnaba Kipkoech, who clocked 65:55s Nicholas Torry (Serpentine) 66:26s and local runner Alistair Watson in a personal best of 66:38s.

Over the testing course Rojas ran his fastest time of the year clocking 68:06s while Crawley’s Paul Navesey finished in tenth spot overall in 71:26 and Arena 80s Gary McKivet placed 27th in 76:12.