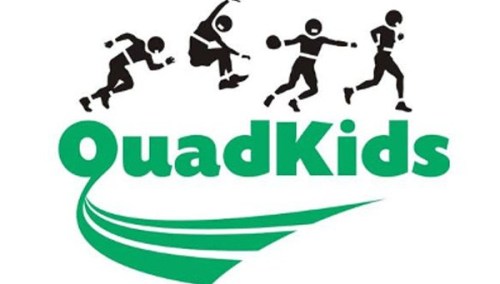 A good contingent of both Brighton & Hove AC Under-11 boys and girls entered the Sussex Champs at Withdean on Sunday 7th July 2019.

First field events were standing long jump (SLJ)for the girls and howler for the boys. The furthest jump for the girls was 2m with the top Brighton performances being Lara Cox with 1.95m and Rosa Pucci with 1.91m – 2nd and 4th after the first event.

For the boys howler, Archer Pilkington, as he shown in the past, has a great throw and his 37.85m was the best on the day to put him at the top of the results. Saul Bennett and Alex Obeng both just missed out on 30 metres but had good points for their throws.

As the boys were finishing their throws it was time for the second event, the 75m sprint. In separate races, the athletes have to run for the line to get the fastest time they can get. Fastest on the day was Oscar Dalgleish from Haywards Heath, who took the overall lead from Archer with his 11.08 (59 points). Archer lost 6 points to Oscar with his 11.73 – fastest Club boy was Tommy Grey with 11.55 (54 pts) while Saul again stayed in contention with 11.75 (52 pts).

Two Brighton & Hove athletes were the fastest girls with Keren N’Cho quickest on the day with 11.25 (57 pts) followed by Martha Challis 11.7 (53 pts). They were ably backed up by Lara Cox and Julieana Walsh both running 12.0 for 50 points which after two events gave Lara a narrow lead in the standings 106 points to Kerens 105.

In the Boys SLJ, nobody recorded a 2m jump, so Raphael Kelly’s 1.84, Archers 1.83 and Saul 1.79 recorded points around the 50 point area to keep them in contention behind Oscar Dalgleish who had recorded 1.95 to stretch his lead over Archer.

The last event of the day after almost four hours of competition is the 600m run, hard in normal circumstances but with added stress here of trying to gain points over your rivals. The boys led off with the first race being a time trial for Saul Bennett as he raced away from the field including Archer. Saul’s strong run of 1:53 gained him 77 points, whilst Archer ran 2.03 for 67 points. The subsequent races would decide the medals. Oscar D from Haywards Heath consolidated his lead with another 1.53 clocking. In the last boy’s race, Raphael Kelly obviously used Saul as an inspiration as he also raced away from his rivals to win comfortably with 1.53. Other Brighton performances were George Gilbert (2.03), Tommy Gray (2.04) and Alex Obeng (2.05).

The girls’ races were keenly fought by Brighton athletes – in the first Julieana, showed a clean pair of heels to her rivals and ran a great 1.58 for 72 points but now had to wait for her competitors to do their best. In the next race, Jennifer Klein of Crawley ran hard for a 1.54 clocking to gain four points on Julieana – the only other athlete under 2 min was Keren N’Cho with 1.57 on a late charge after a disappointing Howler had dropped her down the list. Lara ran a great PB of 2.06, Rosa 2.11, Lila 2.16 and Martha 2.18 – all super runs at the end of a hard day of athletics – with the results to follow.

In the boys event, Archer Pilkington finished in the Silver position with 245 points to Oscar’s 265 points, putting him sixth on the Brighton & Hove Boys all-time lists, Saul had 4 great events but just fell short in sixth with 236 points a few points from the Bronze medal. The trio of Tommy G (218), Alex O (218) and Raphael K (217) all finished with great scores and were backed up by George Gilbert (200 pts) and Noah Baker (195pts) who have another year in the Under-11 age group. Other athletes to complete the day were Kenzie Cox with 148 points and Ashton-Bobby Damario with 144 points while Fynn Paterson-Jewell had to withdraw after two events with an injury.

Overall the girls event was just as exciting although slightly disappointing as Julieana was pulled back by Jennifer Klein to finish equal first with 227 points, placing her 4th on the Brighton & Hove all-time list. With 200 points being a huge benchmark in this competition, Lara Cox recorded 204 for 4th place and Keren N’Cho scored 201 points for 6th (as a year 4) – Rosa Pucci gained 198 pts for 8th and Martha with 191 finished 11th overall.

Another fantastic days of performances for the under-11’s showing great promise for the future and enjoying watching the performances of the Under-13 athletes when they had time between events.