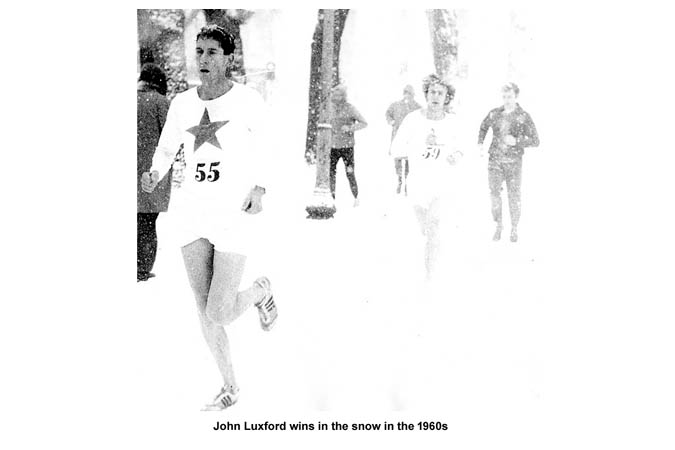 Brighton & Hove AC athletes will still be still competing up to and over the Christmas period in important races that have been on the calendar for many years.

The South of Thames senior Cross-country 12 km Championships is more than one hundred years old and with the exclusion of the War years has been held every year since. Sussex has been the venue on several occasions, including 1976 when Steve Ovett, then running for Brighton & Hove AC won the title.

There was also a Brighton & Hove victory last year when Stephen Ferroni, not only won the title but led his team to victory, while team manager Howard Bristow won the M40 crown. We hope to defend our team title this year.

At one time it was only second in importance to the Southern Counties championships in the South of England Championships but the influx of Road Racing seriously affected the number of runners. However, recently the numbers have improved and last year 333 completed the event, including many women who have now been running with the men for more than a decade.

Although not as old as the South of Thames Cross-country races the Boxing Day races in Brighton will be ninety years old shortly and it is the oldest continuous Road Race in Sussex. Like the S of T they were not held during the War years and they started mainly as Road Walking races in the early thirties.

Then they were held from the Labour Club in London Road and the course went north up the Lewes Road and back. After the break for WWII a measured 6-mile distance was created and Runs were introduced with Brighton’s & Hove’s Hugh Foord, who was the doyen of Sussex distance running in the fifties and early sixties virtually made the race his own winning a string of titles.

The races survived the Labour Club’s move to Lewes Road and it was during the 1960s that thick snow on Christmas day prevented the runners using the road. The races were moved a few hundred yards south to “The Level” and Horsham’s John Luxford won the race over four laps. Because the walkers are unable to race walk in snow or slippery conditions they had their own race, which local athlete Alan Buchanan, who was a runner before taking up race walking, won.

In the seventies road traffic became too dangerous to continue racing on major “A” roads and the event was moved to Preston Park where races for all age groups were introduced. Frequently top runners from all over the Country, who happen to be in Sussex over the Christmas period, turned up and ran including many of the leading Sussex runners including the likes of Steve Ovett who lived half-a-mile from the Park.

Last year Sussex cross-country international, Tom Evans from Lewes, won the 5.5 mile run and Steyning AC Olympian, Ian Richards the Walk, but athletes are invited to run, or walk , one, two, three or four laps to cater for all age groups.

This year, as usual the walk will start just after 10.30, from the Pavilion Café, and the run just before 11.00 and many competitors are expected to race in fancy dress.