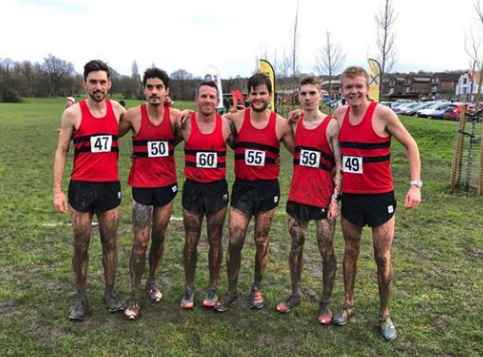 It was a great day for the Brighton & Hove cross-country runners in the South of Thames 7.5 mile Championship event at Lloyd Park, Croydon on Saturday.

The men’s team just failed to retain their team title losing by just five points to Kent A.C who scored 98 points while the Women ran brilliantly to finish second with 100 points to Tonbridge’s 42. Were it not for an injury to team manager Howard Bristow the men would certainly have retained their title.

Tomer Tarragano continue his fine form of recent weeks and led the team home in a splendid sixth place out of 350 finishers who tackled the tough and muddy course following recent rains. Tarragano was also the first U20 runner to finish.

A fine run from Lucy Rogers saw her take seventh place in the women’s race that was run in conjunction with the men’s event. She was 117th overall. Jade Elphick and Lydia Growns were not far away in 12th and 13th places.

Freya Leman placed 16th and was the first W40 to complete the course while in 24th place was Lois Dooley, the first U20 finisher and Paula Blackledge (W45) closed in the team in 28th place while Tamsyn Shasha who is the W50 age group finished 100th. 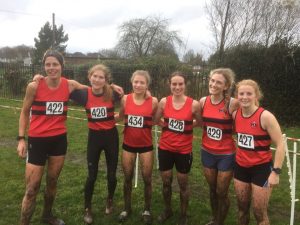 Although the Brighton women won the team title a few years back the event was not well supported as it had to be changed from December to the following March and some of the top clubs did not compete, so this was their best team effort ever.