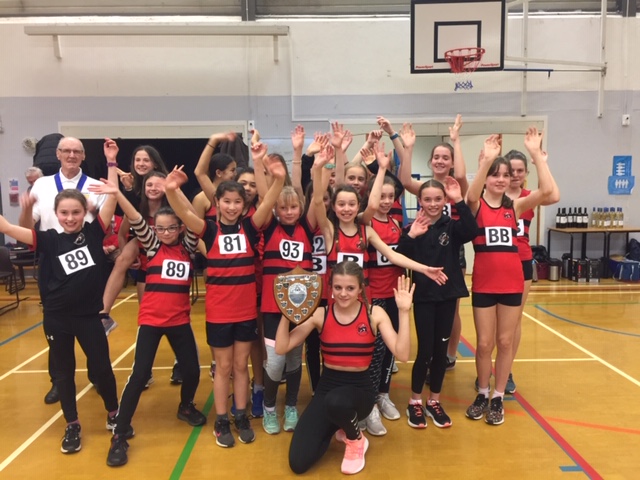 On 9th February scores of the county’s youngest athletes battled through high winds to get to Tanbridge House School, Horsham for the last Sportshall league fixture of the 2019/20 season.

In the the girls competition just half a point separated Crawley from Brighton and Hove, in what was set to be an Amazonian battle.

The girls did not disappoint. Their competition went down to the wire with final results dependant on the relays. Ultimately Brighton triumphed by a narrow margin of just 3½ match points, winning with 880.5 to Crawley’s 877. This was the first victory for the Brighton girls since 2014. 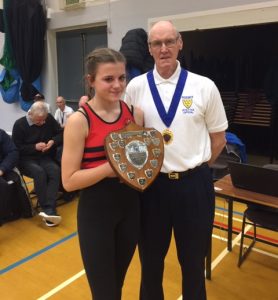 Congratulations also to our  under 11 boys who set a new league record in the 4×1 lap race.

Before the action commenced there was a special presentation. It was 38 years ago that John Linfield of Horsham Blue Star introduced a development event of indoor adapted athletics to Sussex. John has organised the county’s Sportshall league ever since and expanded it to a second venue in Lancing a few years ago. Now in his 80s he is stepping back. Sussex AA President, Ron Penfold a colleague for 60 years, handed John gifts from the Association, as a token of the county’s appreciation.