B&H athletes rise to the occasion at the County Champs! 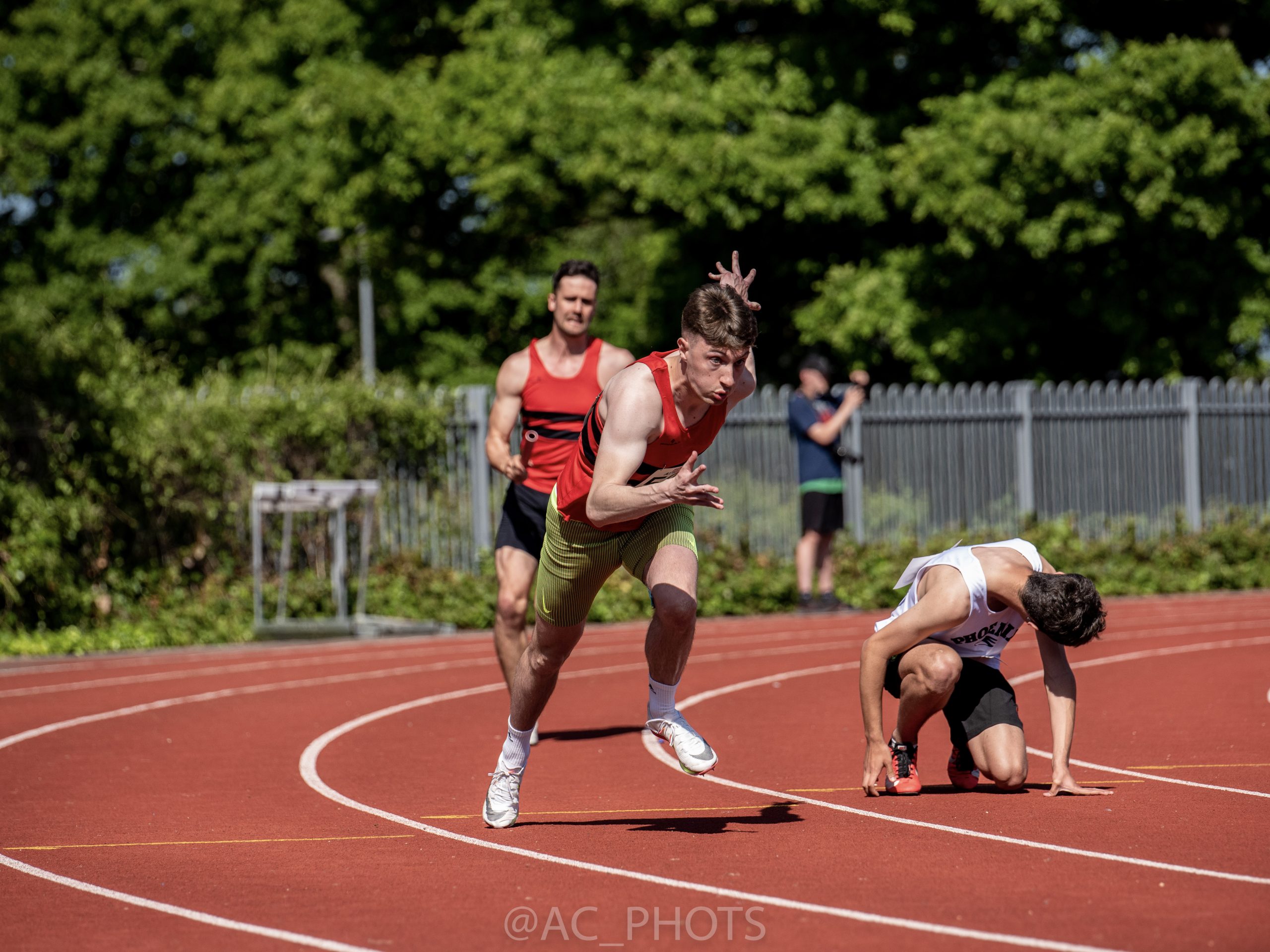 There were many fabulous results, including a Championship Best Performance, for Brighton and Hove athletes at the Sussex AA Track and Field Championships over the weekend of 14th-15th May. 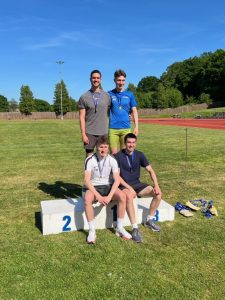 It was in the 4x100m relay that our U20/Senior Men’s 4x100m relay team consisting of identical twins Toby and Joshua Hawkins, Bradley Eisnor and Louis Dickson, flew round the K2 track, clocking 43.05 to break the previous record of 43.10.

Other athletes came close to Championship records. Under 15 Charlie Fisher won the 100m in 11.66, just 0.14 outside the record, whilst in the same age group, Layla Bowen leapt 10.19m in the Triple Jump just eight centimetres off the CBP.

We had several multiple gold medallists including U15 Stella Kalman who won the 200m (26.66s) and the Long Jump (5.11m), both in personal bests and the latter by more than half a metre from the second placer. Also victorious in the 300m and 800m was U15B Sonny Ryder, showing a great range of speed and endurance.

Our club shone in the Minithon competition taking girls’ gold and silver and boys’ gold and bronze. In the event, the under 13s compete in a run, jump and throw across the day. Kira Dunford won the girls’ competition with 66 points and Evie Murray was second with 59 points. Louis Ashworth won the boys with 53 and Jude Porter was third with 45 points. 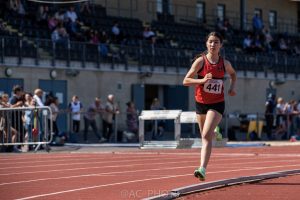 There were scores of personal bests across the two days. Well done to all the athletes who competed and thanks to our coaches and all the club officials and helpers who made the weekend possible.

Below is a list of our medallists. If your podium performance isn’t listed and you haven’t been mentioned above email the amendment with full details.