B&H athletes excel at the Under 13 & Quadkids Championships 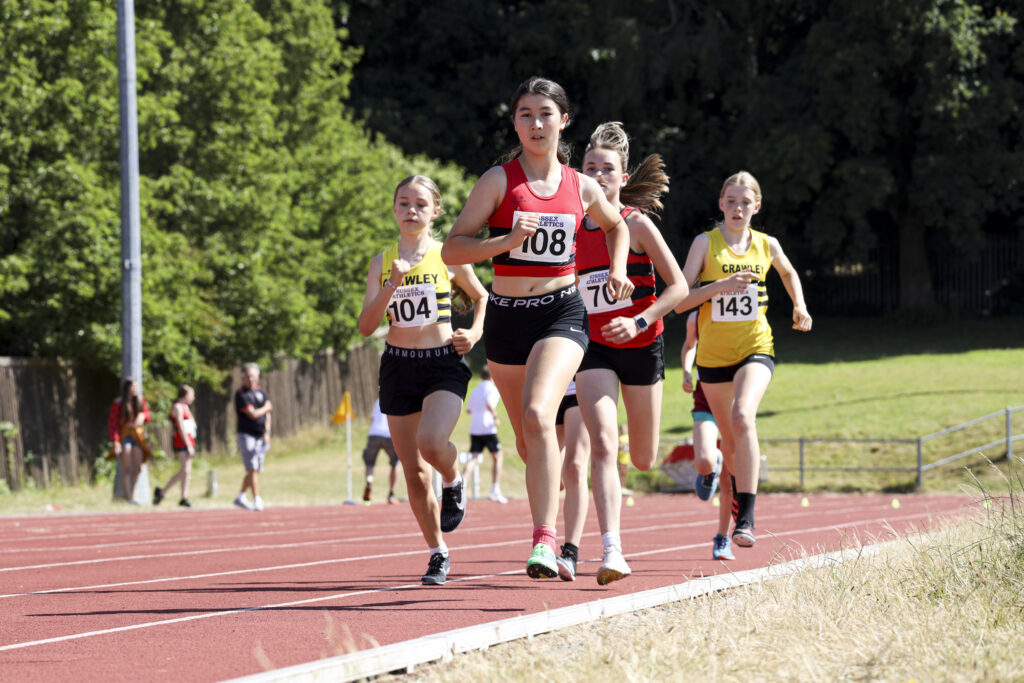 A record number turned out in scorching conditions to compete in the Sussex Under 13 Track & Field Champs with Under 11 Quadkids at the weekend.

More than 420 youngsters took part in the event held at the Crawley stadium.

There were several solid displays with one standing out as the performance of the day in the boys’ Under 13 1500m.

From the start, Fin Lumber Fry (Eastbourne) and Brighton & Hove’s, George Gilbert, took control of the race pushing each other until the final straight, when Fry proved stronger crossing the line in first with a CBP of 4:38.46. Gilbert’s 4:38.94 would have also been the record had he not been beaten. Both athletes are highly rated nationally for their PBs with Gilbert 8th and Fry 9th.

For the first time ever, in the QuadKids Under 11 Championships, one club took the top 8 positions in the girls’ competition – a proud moment for the Brighton & Hove AC coach, Richard Carter, and announcer on the day. Amelia Dorrington was the winner with 240 points (1 point away from the record) whilst team-mates Betty Grice and Klara Novak tied for Silver with 227 points.

Last year’s winner in the boys’ competition, Isaac Machin (Brighton & Hove), was back to defend his title, and that’s exactly what he did. The talented youngster scored 253 for the win with team-mate Ethan Taites second with 247.

The Under 13 Championship with Under 11 Quadkids is always such a positive event, and this year proved no different. Conditions were tough for the officials and volunteers who gave their time to ensure the event runs smoothly. A massive thank you to all of these.