B&H Triumphs at South of Thames 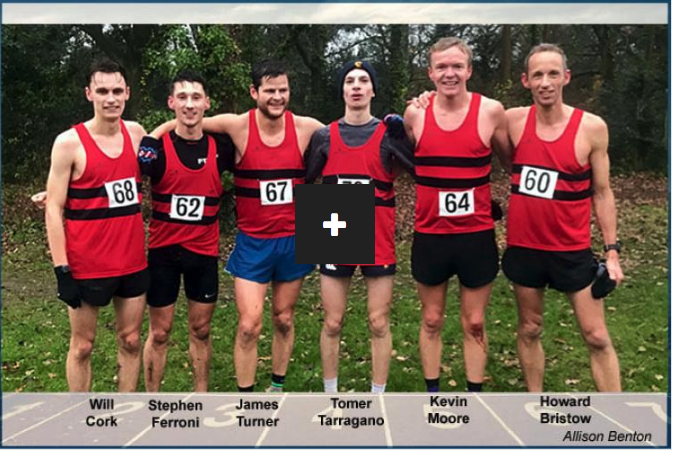 It was a triumphant and historic day for Brighton and Hove athletes when they won both individual and team titles at the South of Thames Senior 7-½ mile cross country championship at Beckenham Palace Park.

Ferroni, who had finished second in 2015, was always in the leading group and pulled clear of Aldershot’s Joe Morwood in the closing stages to win by some fifty yards in 37:57 to 38:10 with Jamie Bryant (Tonbridge) taking third place in 38:32.

The Brighton & Hove athletes gave Ferroni splendid support and closed in their scoring six runners in the first twenty places out of a field 222, which was on a par with recent years.

Will Cork had a fine run to finish in tenth place in 39:10 with Kevin Moore in 11th position in 39:10 while team manager Howard Bristow finished 16th in 40:09 and was the first M40 athlete to finish.

Under 20 runner Tomer Tarragano clocked 40:28 which was a fine effort for his first appearance in the event and James Turner closed in the scoring sextet in 19th place in 40:30.

In the team event the Brighton & Hove team dominated the event scoring 75 points well clear of Tonbridge who scored 129 points and Kent A.C who totalled 181 points in third place.

In the Women’s race, where a total of 109 runners finished, the field reflected the increasing popularity of the event with Brighton & Hove, led by Paula Blackledge in 23rd place, taking fifth team spot.