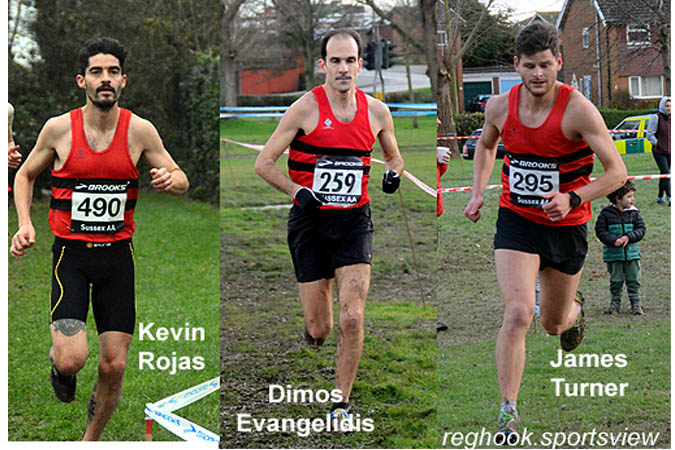 There was a brilliant day for the Brighton & Hove runners in the Manchester Marathon on Sunday.

After their absence from the Sussex Road Relay on Saturday where the Brighton & Hove team failed to complete an eligible team they really hit the big time in Manchester winning the team event and a valuable prize.

Kevin Rojas (B&H) produced an impressively competitive performance that very nearly won him the race, as he fought hard in the latter stages to close the gap on eventual winner, Steven Bayton of Hallamshire Harriers who clocked 2:22:34. Kevin was very happy with his silver medal in 2.23.03 after a difficult build up over the last 3 months and is now looking forward to “getting faster” on the track over the summer.

Dimos Evangeledis (B&H) delivered his traditionally strong finish to go from tenth at half way to fourth at the end in the second best time of his career of 2.25.38, while James Turner (B&H) had a good run to make it three Brighton & Hove runners in the top 12 in a new PB of 2.29.34.

Brighton & Hove were clear winners of the team prize for British clubs with all three scoring runners finishing under 2.30. The team results however were not officially announced on the day. Paul Howard was 80th in a PB of 2:47.50 and also under three hours were Adam Tribe in 2.52.18 and Chris Mallinson in 2.57.03.