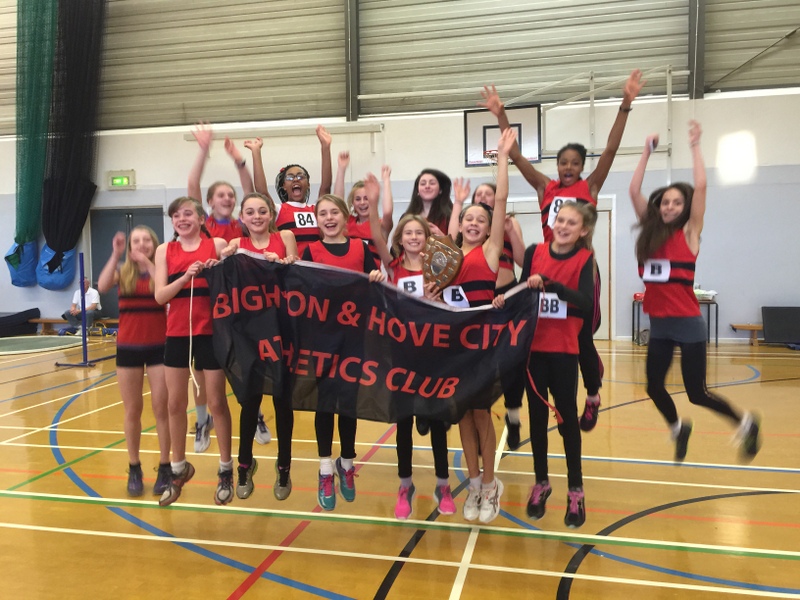 The Brighton & Hove AC Girls team were crowned Sussex Sportshall Champions in a nailbiting finish which saw them beat Crawley by 2.5 points. At the start of the day there had been a three way tie with Horsham and Crawley and the competition could have gone any way. The B&H Girls team consisting of U11’s, U13’s and U15’s had been superb throughout the four match competition but knew that they had to pull out all the stops to win the league title. Despite some high profile absences the girls’ stepped up and everyone contributed to a great win.

The B&H boys’ team had mixed fortunes due to the lack of a full Under 15 boys’ team. A special mention goes to Joshua Firsht who competed in three of the four matches – twice as the only U15 B&H boy – and always with a smile on his face!

There were many outstanding results througout the four fixtures and some record breaking feats. U15 Georgia Coleshill broke the Speedbounce record with a total of 87 jumps – three more than her U13 record – and teammate Amber Anning smashed the Standing Triple Jump record with a leap of 7.55m, equalled the 2-lap sprint record and knocked more than half a second off the previous 4-lap sprint record, set two years before she was born!

A big thank you to the team managers – Richard Carter – U11, Serena Smith – U13 and Melanie Anning U15. For full results click here. (Photos:B&H Sportshall team and Connie Bass and Jedida Dougnaglo with the Winners shield). 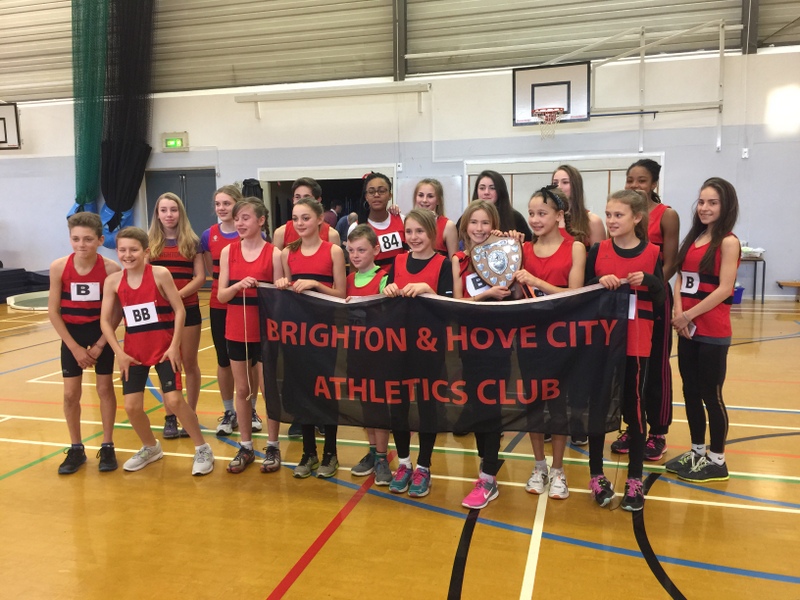 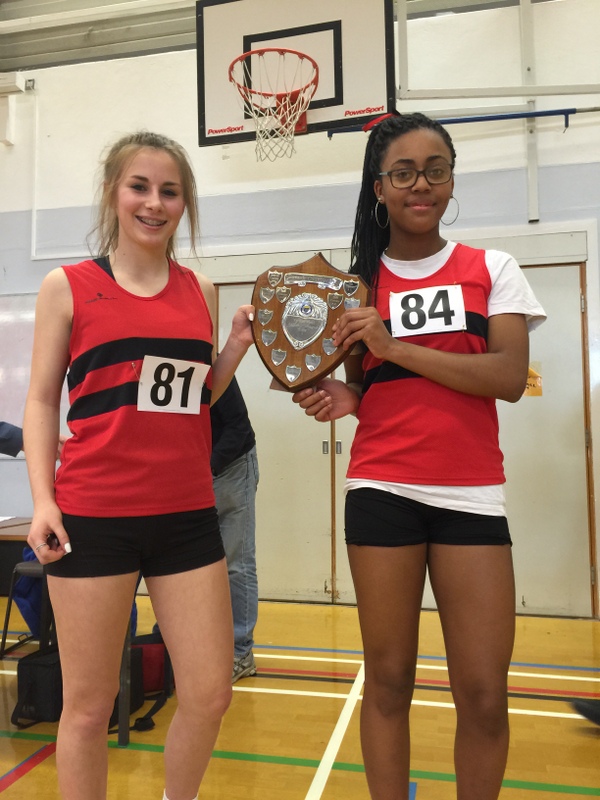