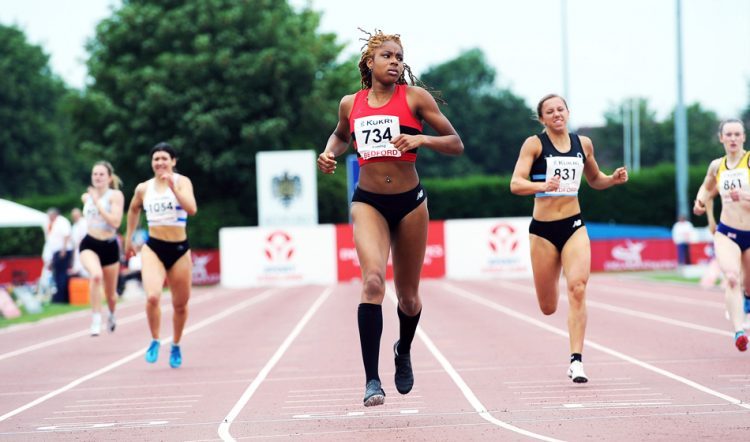 She coasted to victory in the under 20 women’s 400m race running a Championship Best Performance, personal best and improving her own club, Sussex under 20 and Senior Women’s record by one tenth to 52.54 seconds. She is now equal fifth on the UK All-time junior list and presently ranked #1 European under 20.