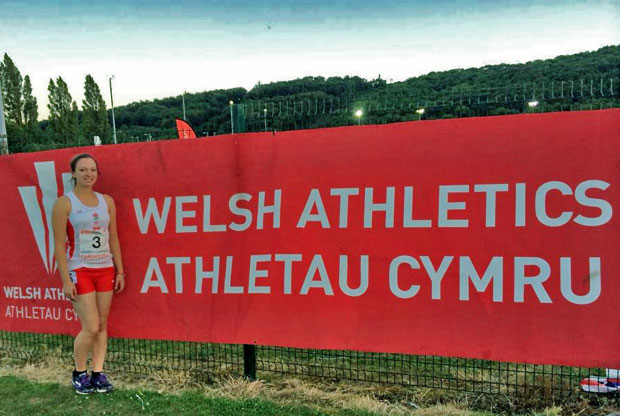 Anna Short was selected to run as part of the England U20 4x100m relay squad on July 15th at Cardiff and took the anchor leg to secure 5th place, this resulted in her claiming her first England vest. Anna has had a spectacular season – her first as an U20. She was a very close second in the Southern Championships 100m at Crystal Palace, literally a vest width separated her from the gold and she was given the same time as the winner, 11.94 secs – wind assisted. This resulted in an invitation to the British Championships at Birmingham competing against the best of senior 100m sprinters in the UK – a very steep learning curve.

July’s English Schools was a disappointment for Anna after she failed to qualify for the final of the 100m, but she was part of the Senior girls’ relay team alongside Holly Turner, Katie Garland and Bethany Close, who set a Sussex Senior/U20 and club record of 47.98 secs in their heat.

Anna is a member of the ‘Jumps Group’ and she is the first to give credit to her training partners – Tom French, James Hollins and Ben Radcliffe – for pacing her during those cold winter nights on the track. No Sprinter can reach good times without the help of their group.