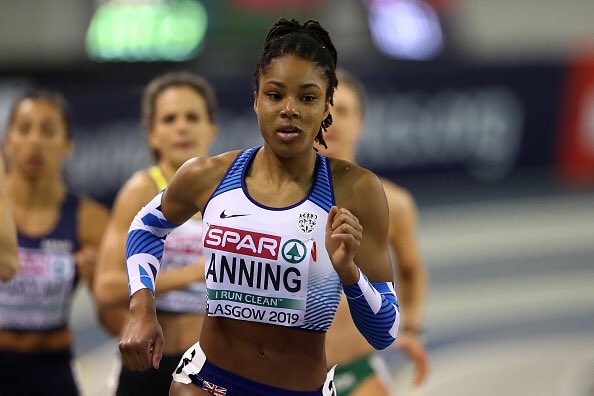 Amber Anning bounced back to top form, with a Sussex record, in her first outdoor 400 metres for nearly two years​. Competing​ at the European Athletics Classic meeting in Geneva on Saturday​, in near perfect conditions,​ ​her only disadvantage was a lane two draw.

With her customary swift first 300m,  Amber looked set for a winning return to competition but was caught, virtually on the line, by Ireland’s Davicia Patterson. The pair had last raced each other as 16-year-old’s at the Commonwealth Youth Games in the Bahamas in 2017, when Anning won a bronze medal in the 400m final and Patterson was 8th. This was also the last time Anning had raced over 400 metres outdoors.

On Saturday Patterson won in 52.57s, an Irish Junior record and Anning’s time of 52.64s was the first time that any Sussex women had broken 53s and broke her own Under 20 and Senior County records. The teenagers are presently first and second ranked junior women in Europe over 400m.

With five runs inside the qualifying standard for the European under 20 championships in Sweden next month, Anning will be heading to Bedford next weekend for the England U23 and U20 championships where a victory in the 400 metres will guarantee her a seat on the plane to Sweden.