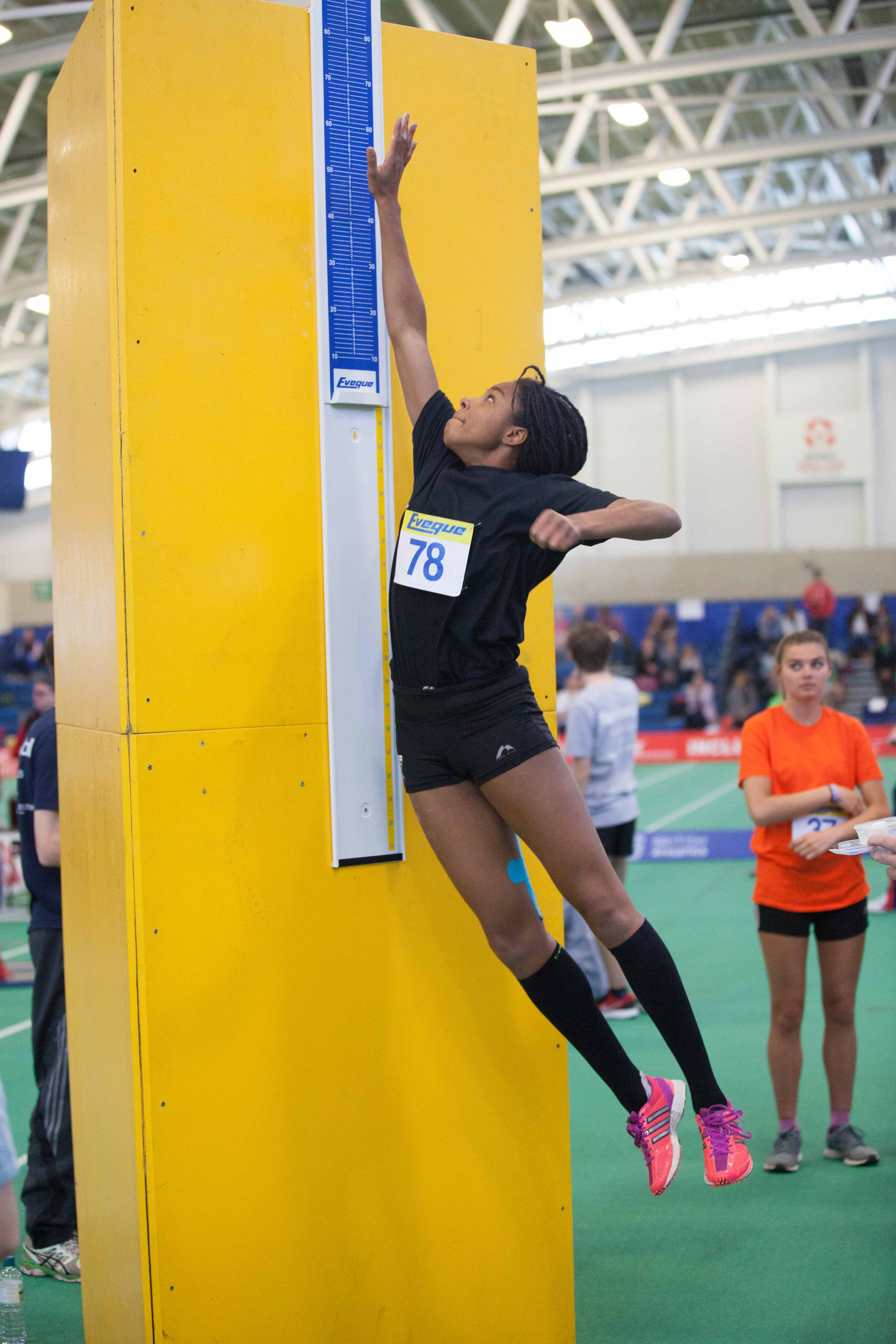 Over the weekend the UK’s most talented Sportshall athletes travelled to Manchester’s regional arena – Sportcity to compete at the UK Sportshall Finals.Here the promising young athletes were battling it out to be crowned UK champions.

Last month Amber Anning had won the regional Under 15 girls’ All-Rounder competition and on Sunday she was the sole Sussex representative in Manchester.Each of the 75 athletes had to take part in three events and points out of 100 were awarded, based on finishing position. Âmber won the 4-lap sprint time trials, finishing two seconds ahead of the next fastest. She came second in the Vertical Jump with a leap of 67cms and was sixth in the Shot Put with 10.31m.Âs the only athlete to finish top six in all events Amber scored 287 out of a possible 300 points, 11 points more than her closest rival and an emphatic win.

Amber ends her six year Sportshall career with an unprecedented 10 county records across the age groups, two UK Under 13 titles and the last piece of icing on top of the cake- the UK U15 All Rounder title.