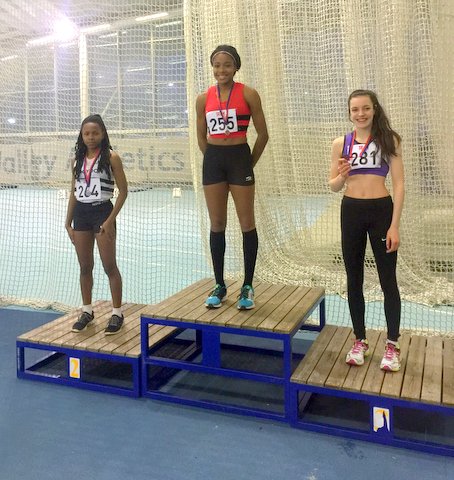 In the South of England U17/U15 indoor championships at Lee Valley at the weekend Amber Anning laid down an impressive early season marker. In her first season in the U17 age group, Anning romped to a clear victory in the 200m in 24.93s which is pretty swift around the tight bends at one of the slower indoor tracks. Anning also picked up a silver medal in the Triple jump bounding to 11.59m, both efforts just short of her outdoor personal bests.

Tom Eames, in fourth place just missed the podium in the Under 17 800m in 2:02.32s, a race that was won by Colchester’s Jake Young, the grandson of former Brighton & Hove star sprinter Derek. Alex Dyball was fourth in the U15 boys Long Jump. with 5.15m.

Full results are on the Power of 10 and Tops in athletics websites.