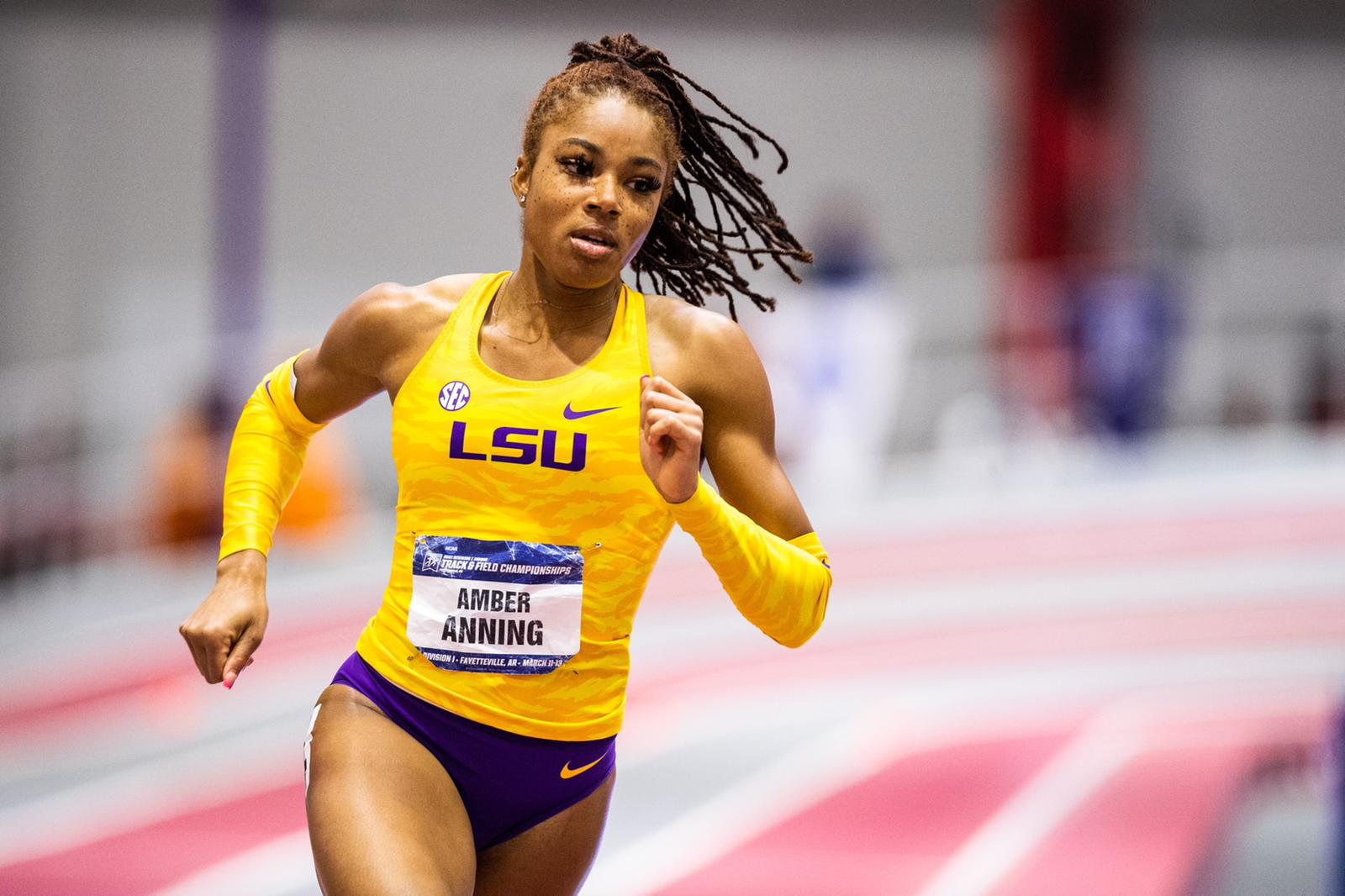 Amber Anning a club member since she was nine, was in sparkling form at the NCAA Indoor Track and Field Championships when she broke her Sussex 400m record twice over the weekend.

Drawn in the outside lane in her semi-final she had to set the pace right from the start and ran the whole of the second lap in the second lane as she pressurised the leader.

She forced her right to the tape to make the final in second place in 52.03s to better her two-year-old record of 52.18s.

In the final, she became the first-ever Sussex woman to crack 52 seconds for the distance.

Placing an excellent fifth overall, in 51.83s to put her second on the 2021 British Ranking lists behind European medallist Jodie Williams.

Forty minutes later running the final leg of the 4 x 400m relay for Louisiana State University (LSU) Amber took over, in second place some twenty metres down on the much-fancied Florida team and gradually pegged her back, to take the lead off the final bend and record a split time of 51.46s which is just short of the Olympic Qualifying standard of 51.35s, although split relay times are not accepted as Olympic Standards.

Amber’s time places her 12th on the British All Time list.