A memorable XC day for B&H at Ardingly 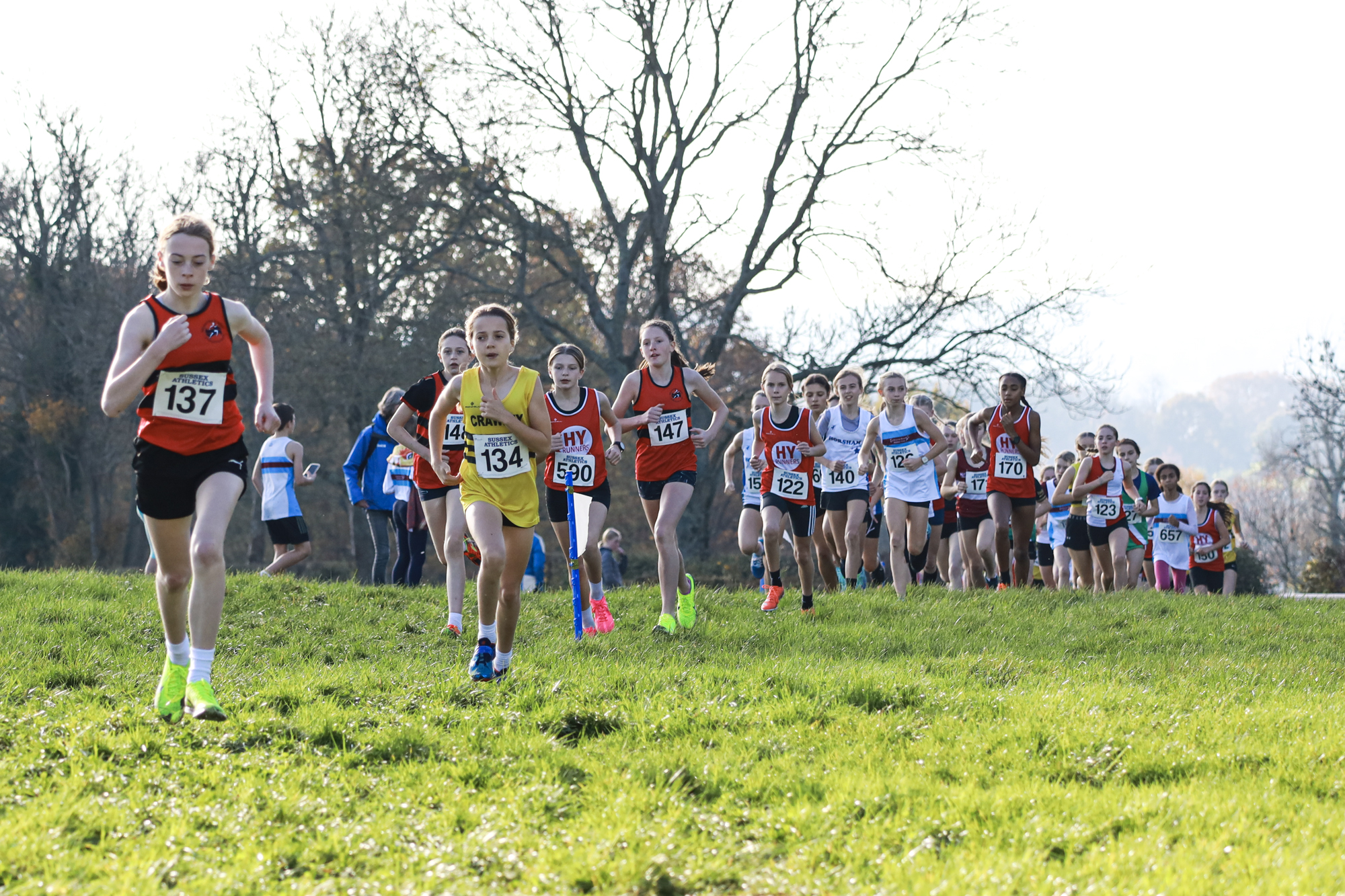 Temperatures felt more like June at the second cross-country league fixture at Ardingly at the weekend. More than 650 runners turned out to enjoy the conditions, even though underfoot was slightly tougher as a result of huge rainfall in the week before.

Brighton & Hove AC were the club most celebrating by the end of the day, winning 8 out of a possible 12 team contests.

As always, the fixture, kicked off with the Under 11s where Skye Widdows (Brighton & Hove AC) won the girls race.

Then came the Under 13 girls where spectators saw a repeat of Goodwood with Katherine Haslip (Brighton & Hove AC) 1st (11.10).

Eastbourne were the second team lead by Ben Wright (11.19) who was 2nd overall individually, whilst the Brighton & Hove B team were third.

Finlay Goodman (Brighton & Hove AC) looked as exceptional as ever in the Under 15 boys’ contest finishing in 14.03. Behind him in 2nd was Team

The Brighton & Hove AC A and B teams took the top 2 spots, with the A collecting 8 points and B 29. Crawley AC were 3rd with 40 points.

Brighton & Hove were the 1st team but only just with 15 points to Brighton Phoenix’s 16.

The Under 17 women, who run the 5k together with the Under 20, Senior and Vets, saw Crawley’s Stephanie Shaw shine again clocking 20.41. She was 7th overall. Eleanor Strevens (Eastbourne) was 2nd U17 woman and Rosie Gasson (Brighton & Hove AC) 3rd. Another close call in the team scorings with Brighton & Hove collecting 20 and Crawley AC 21.

Brighton & Hove AC were back to winning team ways for the last race of the day, although the race itself was easily won by Brighton Phoenix’s Archie Davis (26.56). James Turner (Brighton & Hove) was 2nd (27.39) and Crawley’s Joshua Hobbs (27.56) 3rd.

Matt Geddes (Brighton Phoenix) was the 1st Under 20 in 7th and Craig Halsey (Brighton & Hove AC) 1st Vet in 6th.

Team wise, Brighton & Hove A scored 52 to top Division 1, 117 for the B team to win Division 2 and just 10 collective points to sit at the top of the Vets Division.

This is the second year Sussex has held a league fixture at Ardingly and it is proving to be a popular course. The organisation of the day was led by Haywards Heath Harriers, so a massive thank you to everyone at the club, along with other Sussex AA volunteers for putting on another fantastic fixture.

On an unusually sunny day in November, Brighton youngsters came away with their best-ever Sussex league results winning five of the six age groups. There were three individual winners, one second and two third placings, alongside many more excellent performances. 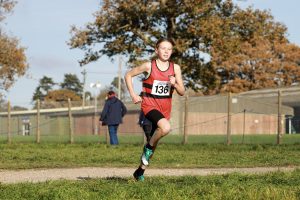 In the u/13 girls’ race, Katherine repeated her Goodwood win in fine style. And with Juliana having her best run in 4th and Seren in 8th, they were easy team winners, and their lead is now 19 points after the two meetings. Like all our age groups, there was great support with Gracie 14th, Lola 24th, Kira 25th, Elodie 30th and Mia D 36th. The team came 7th and was the 1st B team.

In the u/13 boys’ race, George was another impressive winner, and with Sammy in his first race this season in 3rd and Oliver 6th, the team again were easy winners and have moved into 1st place and lead by seven points. Just behind Oliver, Taylor was 7th, Joaquin 13th, 20 places higher than at Goodwood, and Louis 14th. The B team was the 3rd team overall, and they all have another year in the age group. The C team, with Dominic in his 1st race in, 26th, Jude 32nd and Ben 36th, the C team came 10th.

In the u/15 girls’ race, Julieana had another solid run in 4th place, and with Eleni 13th, Lara 19th, Naomi 25th and Angelina 27th, the team were 4th on the day and moved up to 4th team overall.

In the u/15 boys’ race, Finlay also repeated his Goodwood win, and with Tom M 3rd and Saul 4th, the team won with just 8 points and is now a massive 48 points clear of the 2nd team. Again, great support with Alex having his best run in 7th, Tom B 10th and Freddie 12th. The team was 2nd on the day and is now 3rd in the league, 6 points clear of the 4th team. The C team of Louis, 28th, Lewis 29th and James, in his first race for the club in 35th, were 12th. 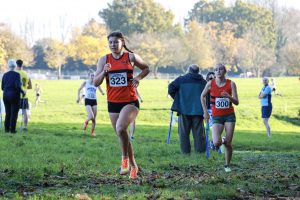 Well done again to everyone on a memorable day for the club.

Dates for the diary: